The foremost military advisor to Winston Churchill has been largely forgotten. Dr Andrew Sangster reappraises the intelligent and gutsy giant of British command 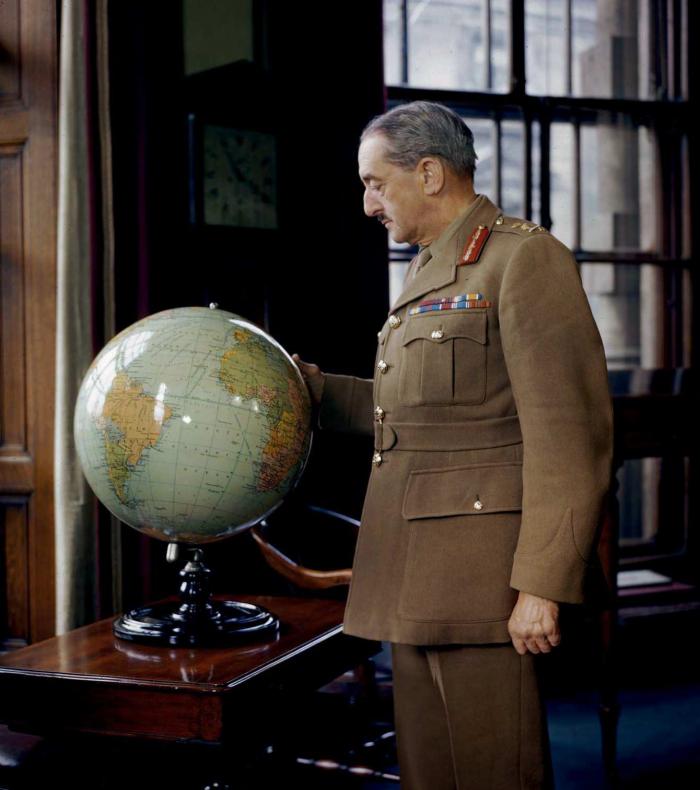 THE CHIEF OF GENERAL STAFF, GENERAL SIR ALAN BROOKE PONDERS STRATEGY AT A GLOBE IN HIS BASE AT THE WAR OFFICE IWM TR144

Britain’s pre-eminent wartime chief was a curious character. Stood between Churchill and the War Cabinet and British and American high command, Field Marshal Alan Brooke has been described as pig-headed, stubborn and obdurate. Some were wary of him; others feared his presence. Nicknamed ‘Shrapnel’, he had a reputation for shrewdness and being forthright.

Yet Brooke was also kind and affectionate. He had mannerisms that were not always appreciated and a blunt and staccato way of expressing opinion, but most respected or admired him while others loved his company. Moreover, he spoke five languages, being fluent in French and German, while his military nous and experience put him among the top when it came to Allied planners. The words “Master of Strategy” adorn the base of his statue in Whitehall.