A Normandy-based museum represents some of the best British values in an oft forgotten aspect of one of the most famous military campaigns in history. Callum Dickson travels across the Channel to check it out 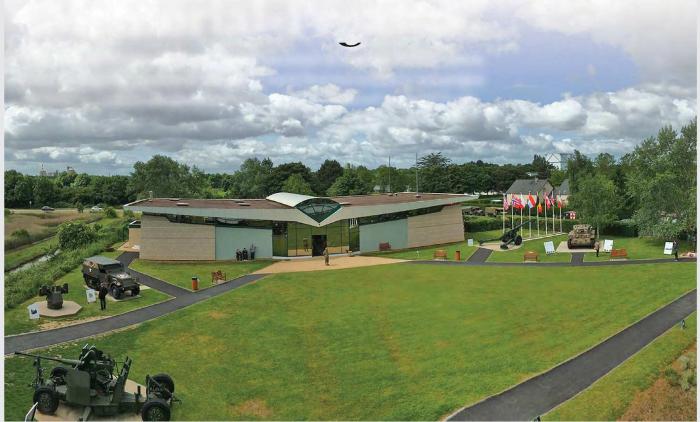 THE MUSEUM FROM ABOVE ON PEGASUS BRIDGE. OUT FRONT SITS A BL 4.5-INCH MEDIUM GUN, A QUAD .50 ANTI-AIRCRAFT GUN, A CENTAUR IV, A 25-POUNDER AND AN M9 HALFTRACK
ALL IMAGES VIA MÉMORIAL-PÉGASUS

The story of airborne troops during the D-Day landings has been retold countless times, most famously in the critically acclaimed series Band of Brothers, which focused on the Americans of the 101st Airborne Division. However, these were not the only airborne landings, nor even the most successful as the British 6th Airborne’s achievement remains widely overlooked. Now though, their stories are getting the recognition and credit they deserve, thanks to Mémorial-Pégasus –a uniquely British museum, despite being in Normandy.

Sitting on the actual site it commemorates, Mémorial-Pégasus tells the story of the 6th Airborne and its actions on the night of June 5 and morning of June 6, 1944. That morning, elements of the 6th Airlanding Brigade conducted a precise lightning strike, capturing the critical Bénouville and Ranville – now Pegasus and Horsa – Bridges, securing the Allied left flank.