Tasked with one of the most daring and dangerous jobs of the war, Britain’s courageous bomb disposal teams have attracted a specialised group of collectors 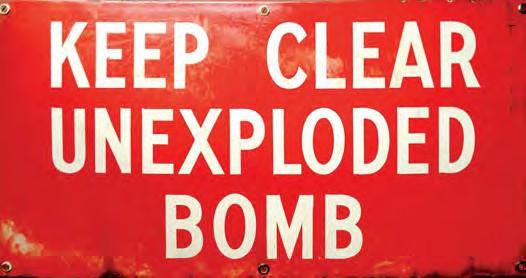 Wartime bomb disposal equipment included items such as this 1941-dated conspicuous warning sign that was positioned to keep the public away from the danger zone. These dramatic signs fetch around £350 today, but watch out for modern reproductions

Bomb disposal is a knife-edge profession that requires nerves of steel and a steady hand. Instead of the bomb coming to you, you go to the bomb, but make the slightest misstep and your life could be ended in milliseconds 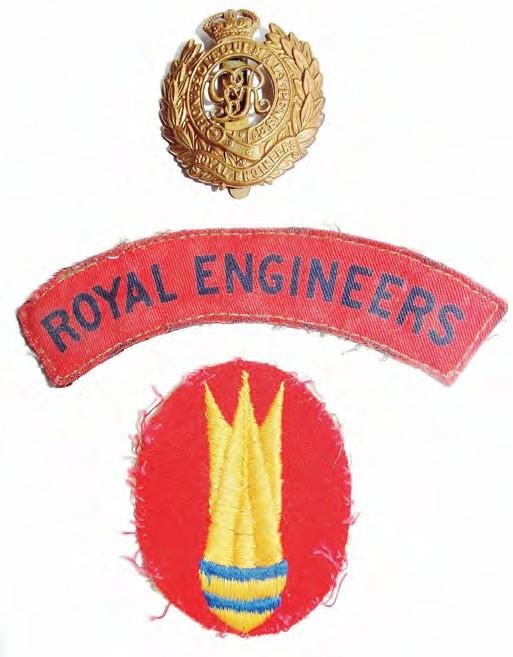 A nice wartime Bomb Disposal insignia grouping: the Royal Engineers famous red and yellow bomb trade badge was designed in 1940 by Queen Mary, then Queen Mother. They can be bought for £25 today
ALL IMAGES VIA THE AUTHOR UNLESS STATED

It was cold comfort when scientists ‘reassured’ bomb disposal teams that the human nervous system was slower than a bomb explosion. If the bomb ‘won’, they were told, they wouldn’t feel or know anything about it. Indeed, there would likely be very little, if anything, of its challenger to bury.