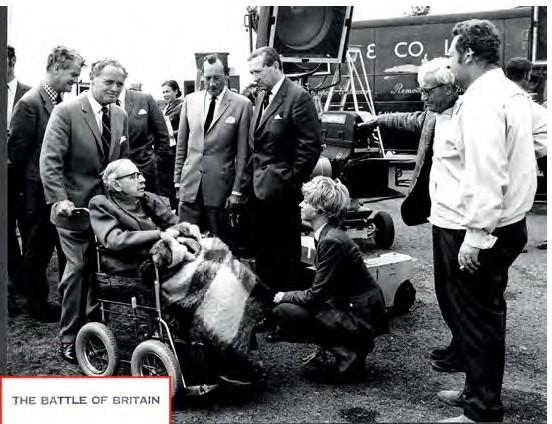 The Iconic British Quad poster is the one we all remember. 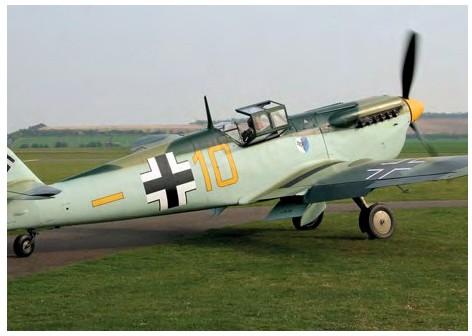 Air Chief Marshal Lord Dowding visited the set at Duxford on 26 May 1969. In this official still he is seen chatting to Susannah York and surrounded by his pilots including Douglas Bader, Bob Stanford- Tuck, Al Deere and Johnny Kent. Inset is the film stamp on the rear of the image. 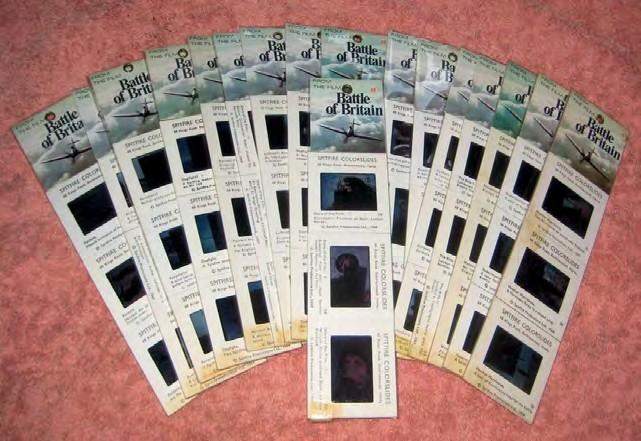 This Buchon fighter currently operated by ARCo at Duxford, G-AWHK/ C.4K-102, has been painstakingly livered in its former film guise as ‘Yellow 10’. Here being taxied out by John Romain on 24 August 2010. 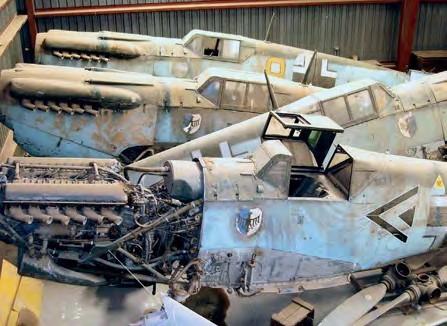 Post the launch of the film Spitfire Colour Slides Ltd released a series of copy 35mm colour slides taken by film still photographers. Totalling 86 slides they are of exceptional quality. 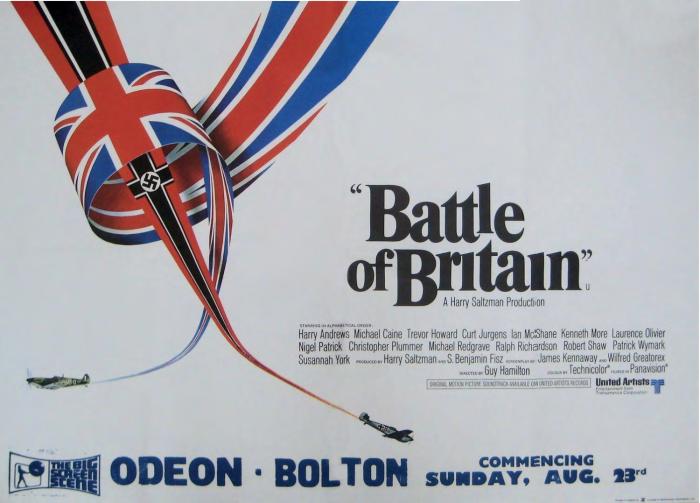 The starring ‘Me109’ fighters, in actuality Spanish Buchons, one aircraft’s Merlin engine is clearly visable.

In the first of a new regular series looking at military-related collectables, Peter Arnold examines the popular field of collecting material associated with the epic 1969 film ‘Battle of Britain’.