In the days of the Cold War, the Soviet VDV (airborne) forces were always particularly well equipped with heavy weapons, to a significantly greater degree than any equivalent NATO forces. The relatively well-known ASU-57 and later SU-85 (ASU-85) airborne self-propelled guns provided mobile anti-tank support, and from the 1970s the BMD airborne combat vehicle series gave Soviet airborne forces their own equivalent to the BMP mechanised infantry combat vehicle (MICV). 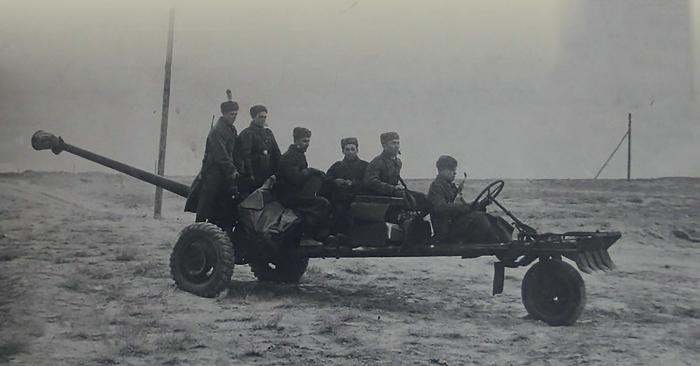 A Soviet Army 85mm SD-44 with driver and full gun crew on board, moving position under its own power

But in the early post-war years, the modification of a conventional anti-tank gun gave the fledgeling Soviet Army VDV forces a particularly novel solution to a practical problem, namely how to move heavy anti-tank weapons other than by manual effort after they had been parachute-landed alongside airborne infantry when support vehicles such as the GAZ-69 may not be available.