A surprising fact is that the Republic of South Africa has 15 World War Two Crusader Mk II tanks on display in museums or as memorials. This is the largest concentration in the world. There were 16 on display, but one was gifted to the Royal Tank Museum in Jordan as part of a diplomatic arrangement in 2013. 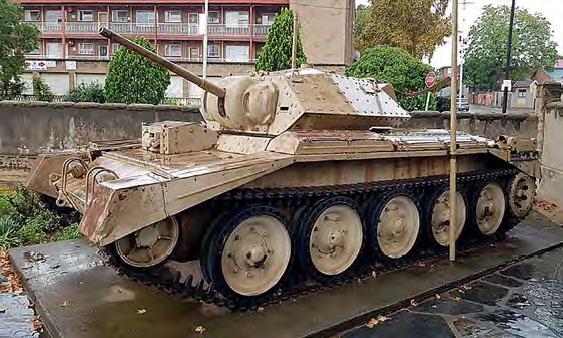 During World War Two, 25 Crusader tanks were shipped to South Africa. They were used to train tank crews, which were en route for operational postings in North Africa, Sicily and Italy. When the war ended the Crusaders were kept in storage at 81st Technical Stores Depot at Lyttelton, Pretoria. Later, some of the tanks were lent to museums and army bases.