Attacking enemy trenches in a tank 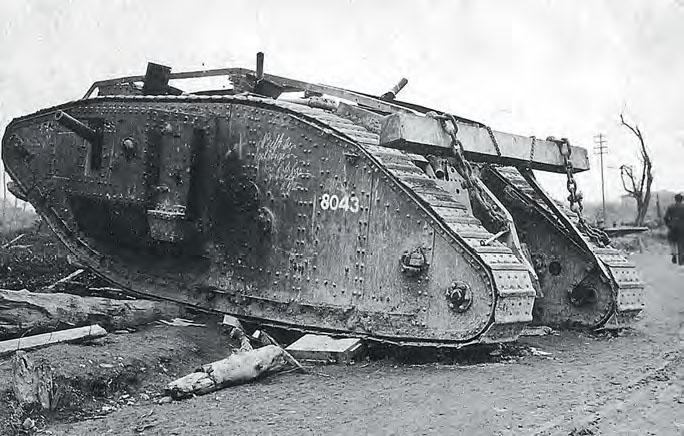 David Blower sent me photographs of his great uncle Donald Gunn’s handwritten lecture notes. Donald had enlisted in the Royal Tank Corps before World War Two. Part of the training course at Bovington was to learn about the tactics that worked in World War One and many of the instructors had served in it. What I found fascinating was a diagram he had drawn during the lecture on the tactics for attacking a German trench system with tanks. 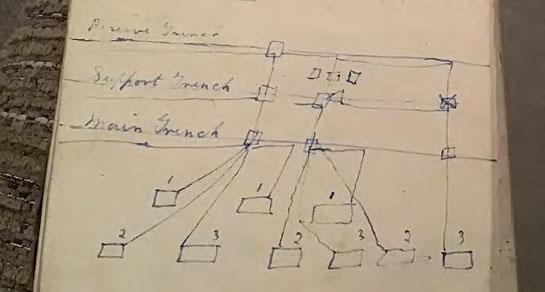 In the 1930s, trench warfare was still considered a possibility in any future war. Many of the accounts I have read show tanks driving up to an objective (a trench) then turning left or right as instructed while machine-gunning the enemy troops in those trenches to enable the infantry to catch up and occupy the trenches.