Originally established to build the Ford Model A under licence, the Gorky Automobile Plant went on to produce the GAZ 67, a Soviet alternative to the Jeep 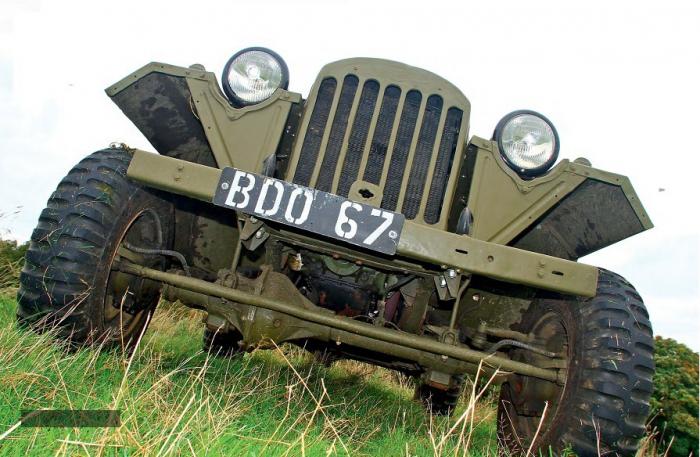 The GAZ 67 was the Soviet equivalent to the Jeep, with its track width being extended on later models

The GAZ 67 is unmistakably a vehicle of Soviet origin; solid, based on old technology with absolutely no frills and yet very stylish and appealing in its own utilitarian way.

Built from 1943 to 1953, it was a contemporary of the ubiquitous MB Jeep and it owes much to both Willys and Ford Motor Company for inspiration and mechanical components. Even so, the GAZ 67 had number of unique features that that mark it out as a historically significant military vehicle. It demonstrated Russian ingenuity, adapting existing mechanical components to develop a vehicle in double-quick time.

Car ownership in the west had expanded significantly in the late 1920s and 1930s. In particular the Ford Model T and later the Model A made mass transport affordable to the general public. In the United States some 28 million cars were in use in 1928 yet in the USSR, the figure was less than 21,000. To address this huge imbalance, in 1929 the Russian government embarked on a plan to build a large car production plant in Nizhny Novgorod, located some 400km east of Moscow in the Volga-Vyatka Region.

However, the Russians had a lack of expertise in mass vehicle production so this led to a contract arrangement with the Ford Motor Company to build a version of the Model A (passenger variant) and Model AA (truck variant) under licence.

The plant was originally titled Nizhegorodsky Avtomobilny Zavod and the models were the NAZ-A and NAZ-AA. The first NAZ trucks rolled off the production line in January 1932. The following year the town and the vehicle models were renamed; Nizhny Novgorod became Gorky in honour of the influential socialist political writer Maxim Gorky and the factory became the Gorkovsky Avtomobilny Zavod. The models became the GAZ-A and GAZ-AA and in fewer than four years, more than 100,000 GAZ vehicles had been produced, transforming the automotive industry in Russia. 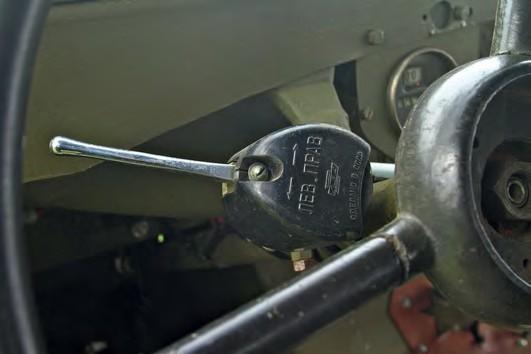 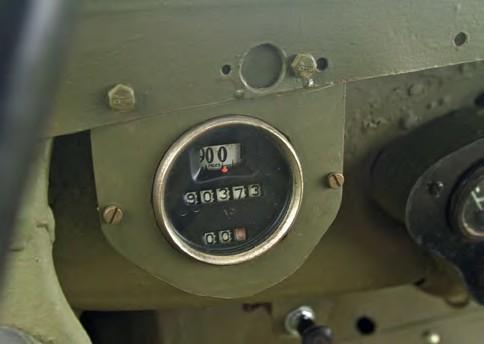 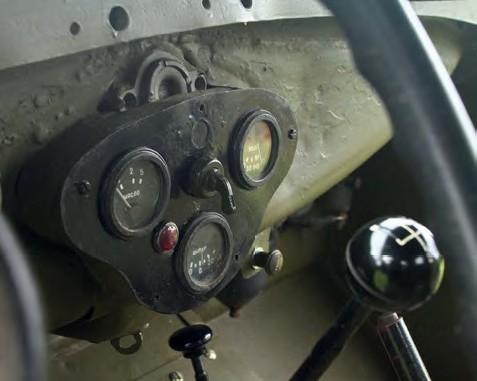 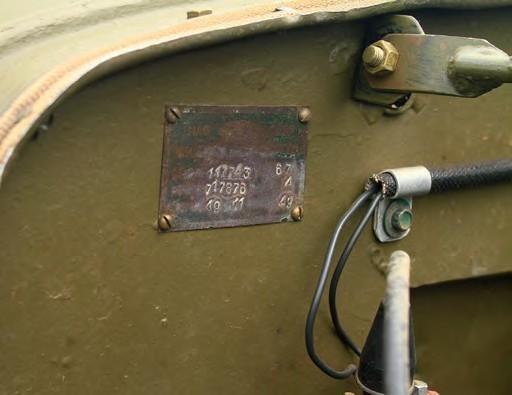 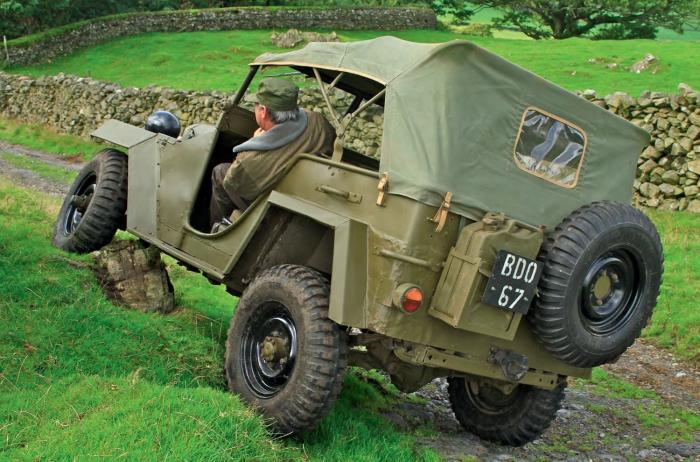 The Red Army used GAZ-AA and AAA (a triple axle variant) models and even had an armoured version, the BA-3. However, all models showed considerable limitations in winter conditions during the 1939-1940 Russian-Finnish war and this was the impetus to develop an all-new cross country four-wheel drive model.

By this time, the company had already started to develop their own models, including the GAZ 11, GAZ M2 and a four-wheel drive vehicle variant called the GAZ 61, one of the world’s first all-wheel drive passenger cars. This was a low-volume production vehicle designed by Vitaly Grachev based on existing Ford components and often used to carry army commanders.

In 1941, Grachev was commissioned to lead a team to design a new light 4x4 utility vehicle, which became known as the GAZ 64. The prototype was based on GAZ 61 mechanicals and the body based on newspaper photos of the American Bantam BRC-60.

Incredibly, it took the team just 50 days to produce the first model. By the end of the year, more than 600 units had been built and were in service on the Russian Front. By this time, the Russians also started to use the Bantam BRC-40, the Ford GP and Willys Jeeps under the Lend-Lease arrangement with America, Canada and Britain.

In service, the GAZ 64 proved to have a number of problems and was inferior to the American vehicles. A redesign based on lessons learned from comparative tests with the Jeeps followed very quickly and in 1943, the new model, known as the GAZ 67 arrived. While it looked similar, it had a stronger chassis, wider track giving better stability and a slightly more powerful engine. Further developments in 1944 brought about the GAZ 67B which continued in production until 1953, by which time almost 93,000 GAZ ‘jeeps’ had been produced.

The GAZ 67 was based on a C-section steel ladder chassis and a steel body, very like the ubiquitous Jeep. The beam axles were sprung via double quarter elliptical multi leafs at each wheel with double lever shock absorbers. The main mechanical components were still of Ford Model A origin with a 3,285cc petrol engine producing 54bhp at 2800rpm and running through a four-speed gearbox. For off road use, a lever controlled drive to the front axle. First gear was incredibly low (6.4:1), indeed so low that rear axle breakages were not uncommon, especially if used in two-wheel drive.

The GAZ 67B saw action in the latter stages of World War Two and proved to be a competent rival to the Jeep with which it served. The offroad and towing performance was considered by many to be superior to the American offerings but there is no doubt that it was based on old technology. Fuel consumption was high but a saving grace was that it was able to run on a multitude of fuel grades including kerosene, a huge advantage on the battlefield. The mechanical brakes were pretty poor and hard to maintain and the wartime materials used were not of the highest quality.

Even so, the GAZ 67 had a number of well thought out ideas. Like the Jeep, the body was covered by a basic canvas tilt with a frame that folded flat into the rear tub. However, this was further improved by the fitment of canvas doors for poor weather conditions. To deal with the severity of Russian winters, vents were fitted to the back of the bonnet to direct heat from the engine onto the windscreen, a system that was adapted from the German Tempo G1200. Internally, the vehicle had minimal instrumentation and controls but the bulkhead scuttle also incorporated a 40-litre fuel tank with a second fuel tank located under the driver’s seat. 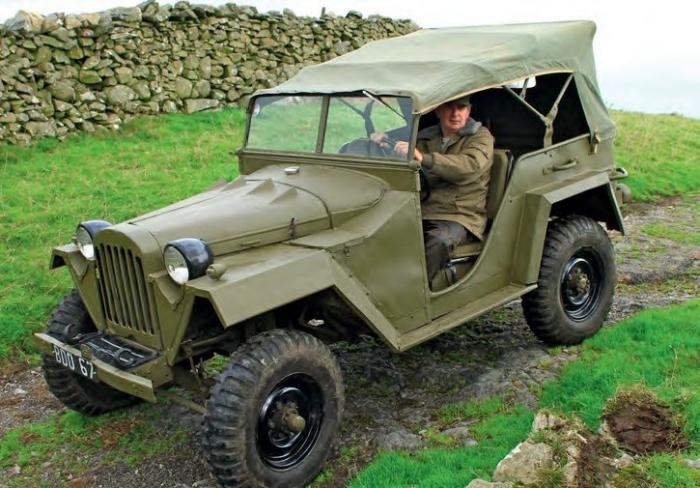 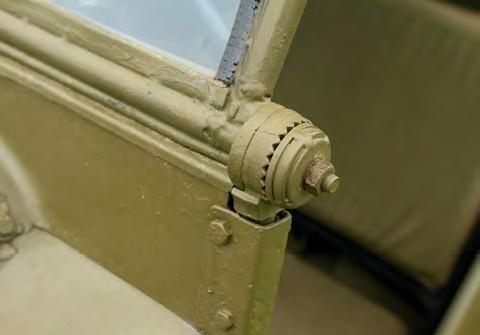 Screen can be folded down 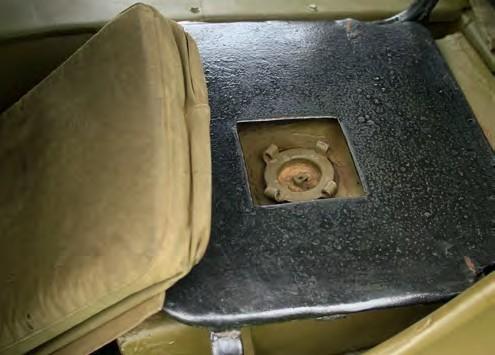 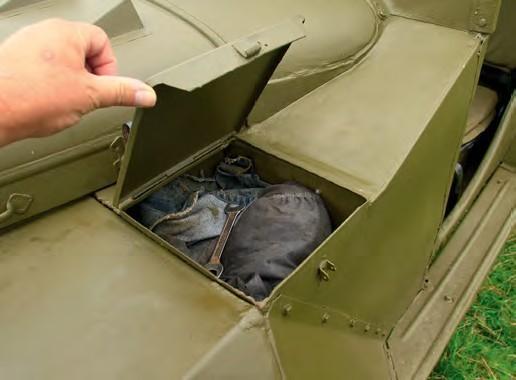 Useful storage box on the wing 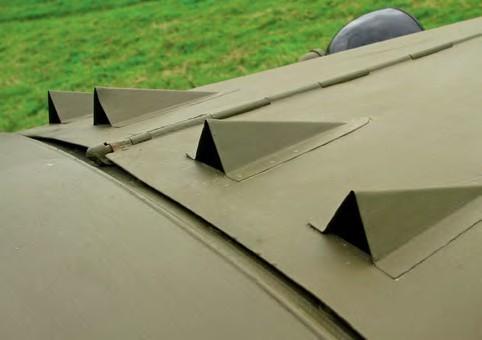 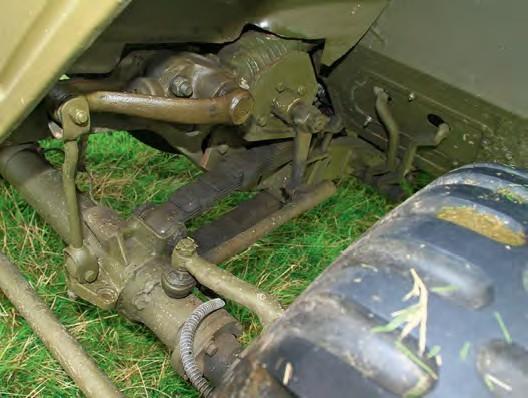 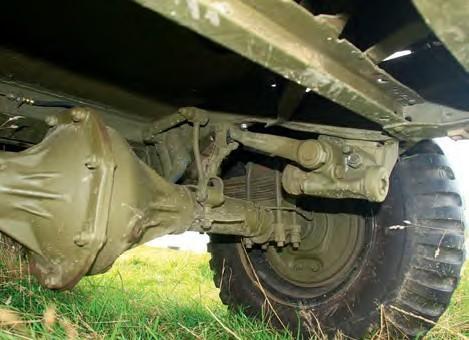 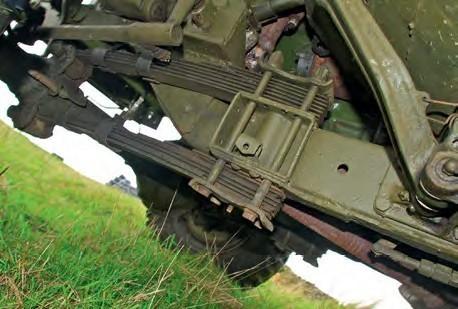 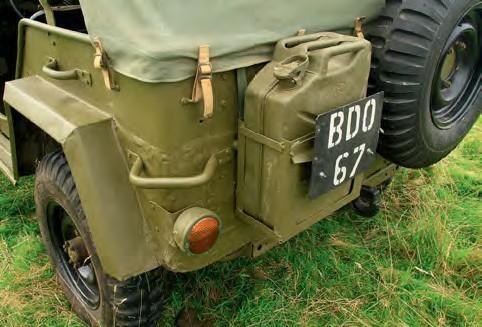 Modern lights with indicators are still in keeping with the vehicle 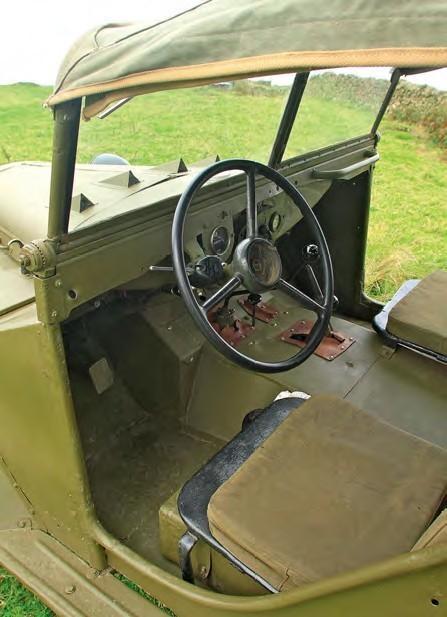 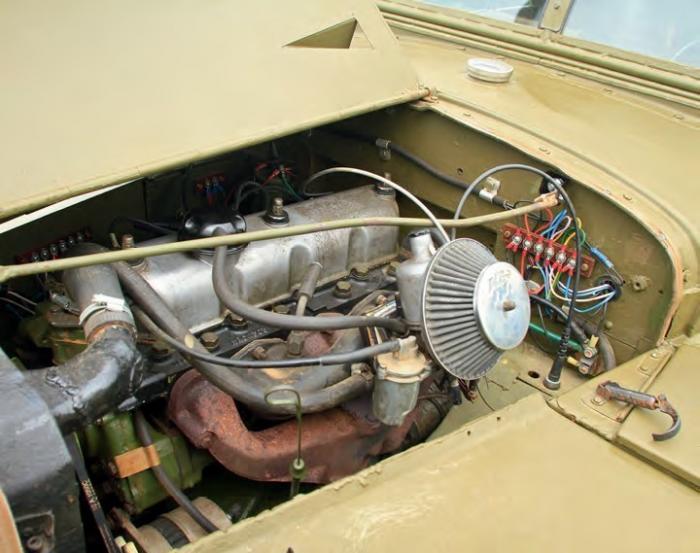 At the end of the war, tensions with the Americans grew over how to build a lasting peace in Europe and their conflicting political ideologies could no longer be put aside. The Cold War is commonly considered to have started in 1947, and in 1948, Stalin’s Berlin blockages were underway, preventing food, materials and supplies from entering West Berlin. The next cold war crisis was the Korean War in 1950 where the Russians actually supplied the North Koreans with GAZ 67Bs.

The GAZ 67B featured here belongs to Tony Haworth, a military vehicle and Land Rover enthusiast from south Cumbria. He has carried out a full restoration on this vehicle and has addressed some of the original design flaws while maintaining the classic looks. He has fitted it with a tuned 2,495cc petrol Land Rover engine, running through a four-speed Series Land Rover gearbox and an Ashcroft high ratio transfer box.

The mechanical brakes have been upgraded with hydraulic cylinders to cope with the extra speed. He also owns a Ford Model A, the vehicle that initiated the whole GAZ project. Today the GAZ plant is the largest enterprise in the Russian automotive industry, producing light and medium sized commercial vehicles, buses and specialist vehicle components. Over 80 years, the plant has produced more than 18 million cars and trucks. 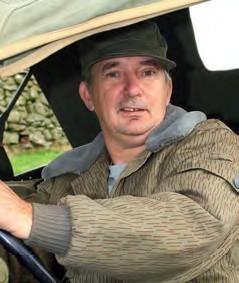