Three years ago, a bundle of plans and documents went on sale at an auction house. They appeared to show, previously unseen, ‘blueprints’ for a German one-man light tank design that had been submitted to Albert Speer, the German minister for armaments and war production, by a German officer. As no supporting documents that mentioned this tank had been found in the archives, these documents were viewed as possibly fake. 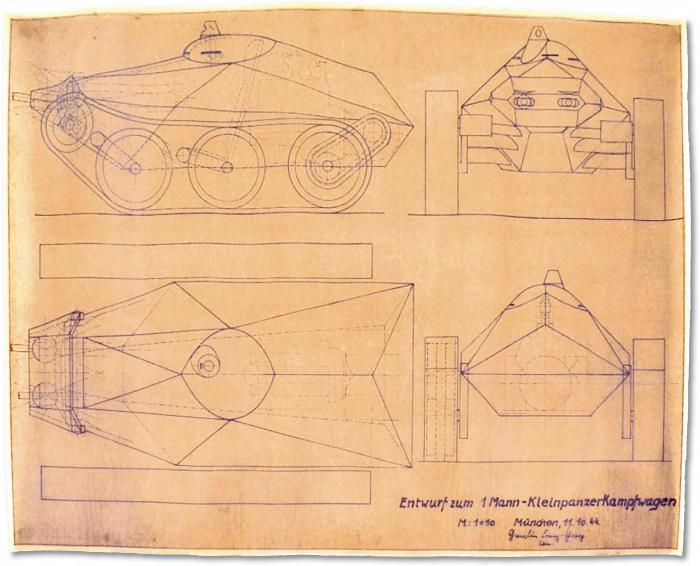 In November 2019, C and T Auctioneers and Valuers, based in Ashford, Kent uploaded photographs on their website of plans, sketches and official documents relating to the same one-man light tank that were to be sold on December 11, 2019, at a company auction. A value of £200 to £500 was placed on the documents, although these were not the same as those that had been offered for sale three years ago.