A Sherman tank is a Sherman tank in the eyes of museum going Joe Public, who will marvel at its size and magnificence and it’s only we enthusiasts who will be unrestrained in pointing out if it is not in context with the display. For many years the Airborne Museum at Ste Mere Eglise in Normandy has welcomed its visitors with, ‘quelle horreur,’ a Sherman M4A1(76)W HVSS, which was absolutely wrong for the Normandy campaign.

The M4A1(76)W HVSS only reached Europe during the closing stages of the war. The French military kindly and doubtless with good intentions, donated several of these to museums and to towns as memorials, despite them being the wrong model. So 2017 got off to a really good start with the arrival of a much more appropriate M4A4 Sherman, acquired, we understand, from Jean Weiler, an armour collector in Luxembourg. This M4A4 had languished on a firing range for many years until its cosmetic restoration for the Airborne Museum. Large crowds gathered to watch the exchange of the two tanks in the confined entrance way to the museum; a tricky logistical exercise. But by the end of the cold January day, historical order had been restored and the outgoing HVSS Sherman was on its way out of France to its new and as yet, unknown, home. 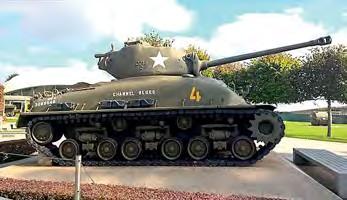 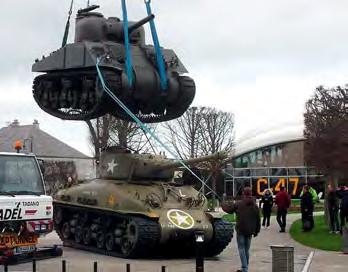 In with the new. Correct M4A4 Sherman arrives in the Airborne Museum, Ste Mere Eglise, Normandy

Hopefully a similar exchange can soon be carried out to replace the M4A1(76)W HVSS Sherman tank outside the nearby Utah Beach Memorial Museum, which too was gifted by the French army.

The newly formed Castletown D-Day Centre in Weymouth took delivery of its Sherman M4A4, which was restored by Matthieu Dumias of Military Classic Vehicles in Normandy. Rescued from a range in the south of France, it is a non-runner but an otherwise excellent restoration. 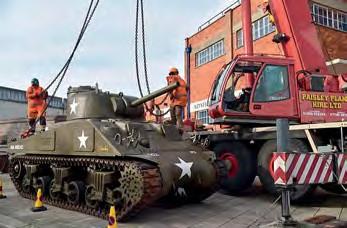 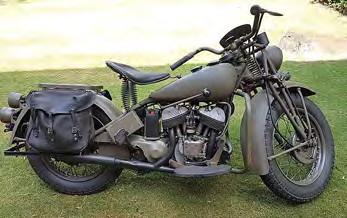 Chris Till acquires restored Indian 741B 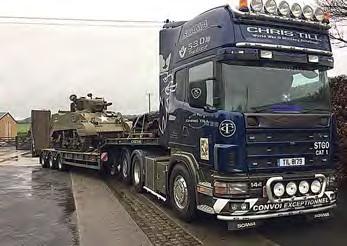 The tank will form a major part of this new and innovative attraction that vividly commemorates the thousands of US troops who left Portland and Weymouth for Normandy in 1944.

A replica Spitfire arrives shortly with the centre opening in the spring.

The Chris and Terry Till collection is well known and we learned that the ‘too nice to drive’ M5A1 Stuart they acquired from the Copeman collection a few years ago has now left the UK for its new home in a major Belgian collection. We understand that, as part of the deal, Chris brought a restored Indian 741B home. The Tills and the Copemans, established armour collectors, really spring-boarded the current enthusiasm among collectors for World War Two military plant, with an ever increasing stable of Dozers, Graders and other engineering vehicles. 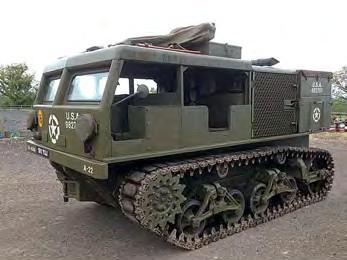 Having finally sold his M10 Achilles Tank Destroyer and then imported an M51 Super Sherman for restoration, Adrian Scott has exchanged his M4 High Speed Tractor for an M24 Chaffee tank. Having patiently waited for the exchange to come off, the beautifully restored M4 now resides in Holland, and Adrian and his helpers returned to the UK with a totally dismantled Chaffee – which Adrian tells us will have to wait until the Super Sherman is finished. 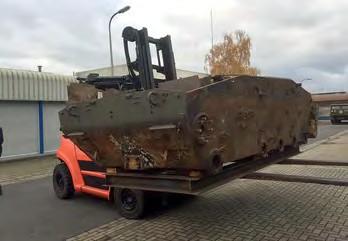 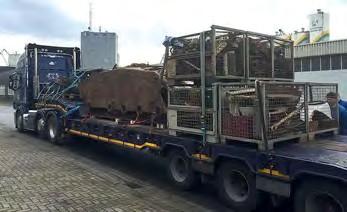 Chaffee in a million pieces

It isn’t only armour that moves around. A 1943 DUKW has come into the UK to a Hampshire-based collection. Its new owner wanted a DUKW he could swim and have fun with on his private lake rather than restore to original condition. This DUKW had one owner since it left military service. Having been bought as surplus in 1947, it worked as an emergency vehicle in 1953 during the severe floods in the Dutch and Belgian coastal areas. The DUKW’s last 60 years of service were rather more gentile. The suitably-modified DUKW had, until 2015, been used for tourist rides on a Belgian beach at Blankenberge, using a Volvo diesel engine instead of its original GMC270 petrol engine. And as we go to press, we heard an M3A1 Stuart and a very nice Ford GPA are in a container on the high seas heading for the UK 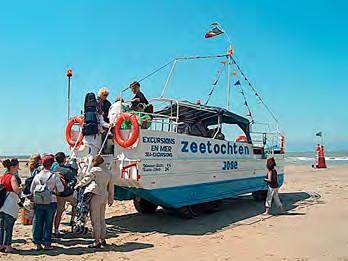 Belgian DUKW was in commercial use until recently