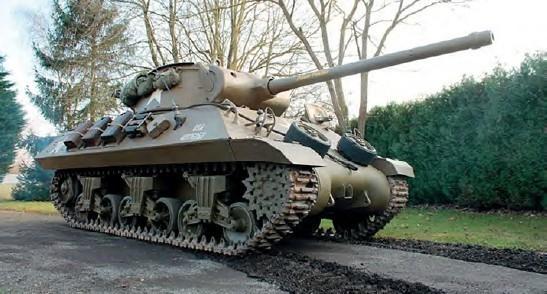 Rob Lowden and his team at the Australian Armour and Artillery Museum in Cairns are continuing to acquire interesting vehicles from around the globe – including plenty from the UK. In recent weeks they have taken delivery of a Leopard 1, an M4A1 Sherman and a very rare Matilda Dozer tank. Bruce Crompton of Combat Dealers fame was on hand to arrive on top of the Leopard 1 which helped the museum with some added publicity. This forward-thinking and very well-funded museum is running the Australian version of Tankfest, with their exciting AusArmourFest on September 2-3. 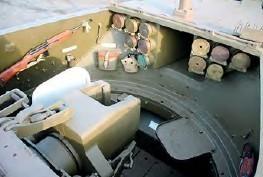 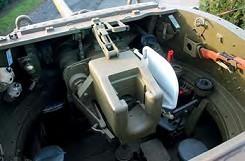 Work continues on the ex-Cadman brothers’ Panther tank being restored for the museum by Bruce Crompton’s restoration facility at Axis Track Services in Suffolk. Bruce’s well known Combat Dealers is now running the latest episodes and CMV’s Nigel Hay spent a very pleasant, but very cold, day with Bruce and the team in Normandy at an old cheese factory – absolutely crammed with military vehicle treasure.

Nigel said: “It really was great fun and the owner of the collection soon got the hang of filming – until Bruce discovered the hundreds of Wehrmacht bed bottles and we all kept subsiding into laughter on all but the final take.”

Two of the Jackson Five – the quintet of M36 Jacksons imported a few years ago from Slovenia are on the move. Having waited some months for the necessary import permits to get them back into the USA, they are currently en route to their new homes.

Each has gone to a major US collector. Currently fitted with T55 engines, it is hoped that Ford GAA power plants will be re-fitted to complete their restorations. A third, the last vehicle from the Normandy tank museum, is currently for sale at €270,000. It isn’t all leaving the UK fortunately.

The ever globe-trotting Mike Stallwood has just taken delivery of a very original and ready-to-swim Ford GPA amphibious Jeep he found in Brazil before Christmas. It shared a container with another M3A1 Stuart tank for an enthusiastic restorer. It has always been swum in fresh water and been lovingly cared for by its current owner for several decades. 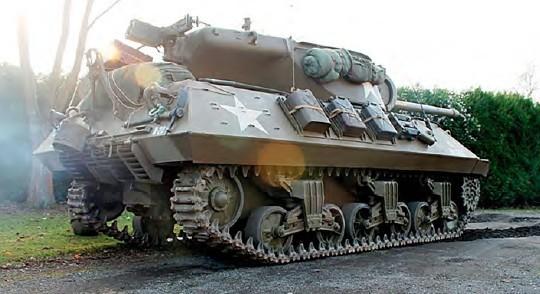 Mike had actually swum it before buying it and hopes it will be swimming with the others at the Amphib rally in July on the river at Henley on Thames. The GPA is ready and for sale at RR Services in Kent.