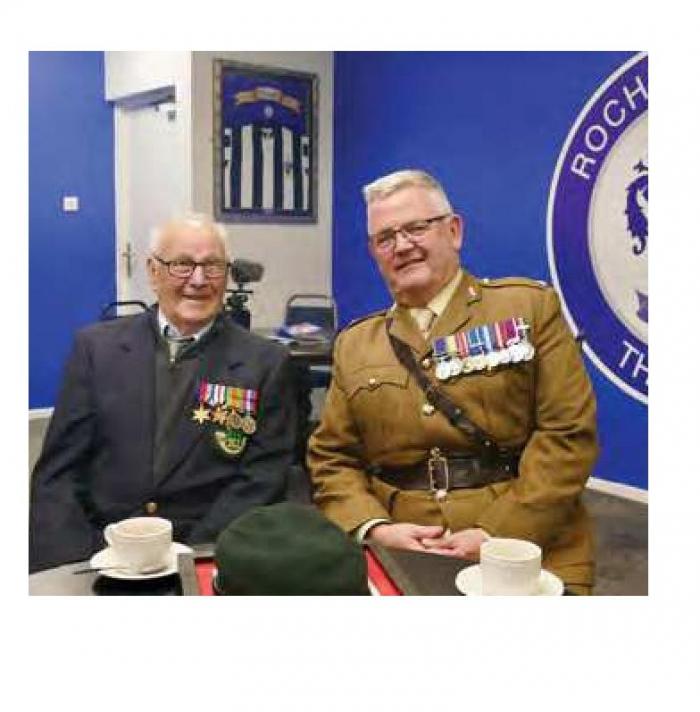 Jim Marland, a private when he served with Durham Light Infantry Brigade, received replacement original World War Two medals after being robbed earlier in the year.

Jim was at Rochdale Cenotaph prior to Remembrance Day when he was pushed to the ground and had the medals and other personal belongings stolen.

His assailant made off with the 1939/45 War Star for active service during World War Two, the France/Germany Star, the Defence Medal earned for service in the UK which was under attack, and the 1939/45 War Medal, also known as the Victory Medal.

Maj Phil Linehan, a reservist with 103 Battalion Royal Electrical and Mechanical Engineers (REME) who also owns a medal mounting company, came across the story and decided to help.