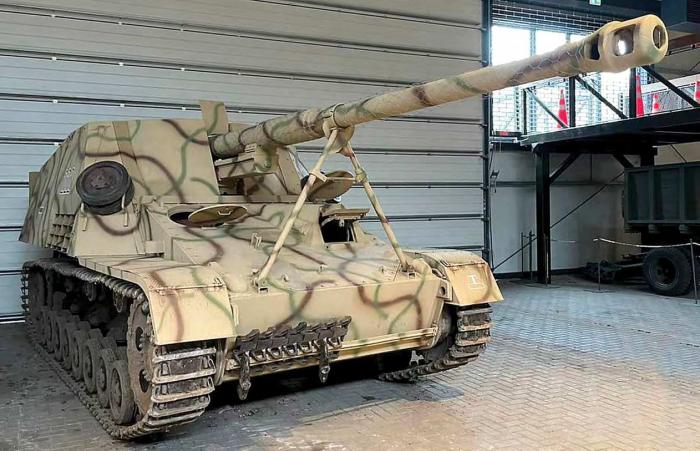 The Nashorn on display at the Overloon War Museum in Holland 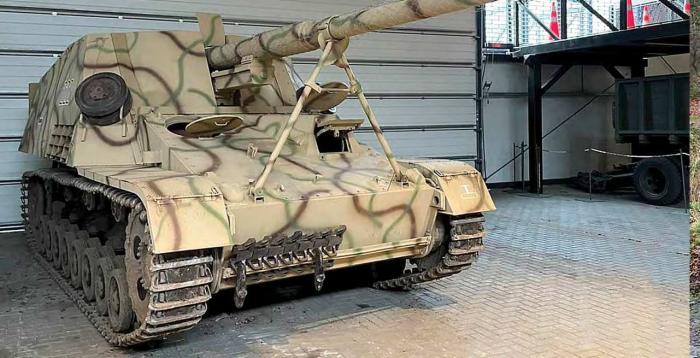 By 1942, the workhorses of the German armoured divisions, the Panzer III and IV lacked strong enough armament to penetrate heavy Soviet and British armour.

Therefore an interim vehicle had to be produced, while waiting for the powerful Tiger and Panther tanks to come off the production line.