Naval Base Marks Key Role in 50 Years of Nuclear Deterrence 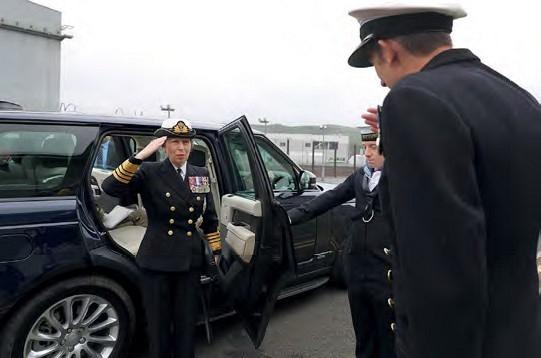 Her Royal Highness Princess Anne being welcomed to the base on July 5. 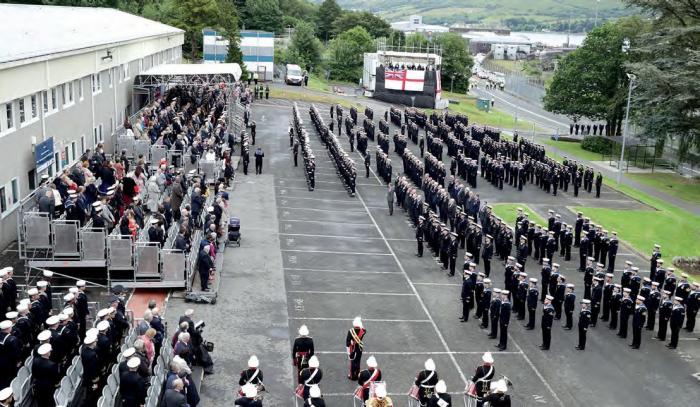 The parade to mark 50 years of the submarine continuous at sea deterrent at HM Naval Base Clyde was attended by HRH Princess Anne, the First Sea Lord Admiral Radakin and Second Sea Lord Vice Admiral Hine on July 5.
(ALL IMAGES CROWN COPYRIGHT 2019)

SERVING ROYAL Navy submariners, veterans, families and support workers gathered to mark 50 years of the Continuous At Sea Deterrent (CASD) at Her Majesty’s Naval Base Clyde on July 5. Since 1969 at least one Royal Navy ballistic missile submarine has been at sea on patrol, providing the UK’s continuous nuclear deterrent. During that entire time the submarines and their crews have operated from and been supported by HM Naval Base Clyde (Faslane) in Argyll and Bute, Scotland.

In recognition of that huge endeavour over the last five decades, and Clyde’s key role in delivering it, the naval base hosted a military parade, in front of Princess Royal, the First Sea Lord Admiral Anthony Radakin and Second Sea Lord Vice Admiral Nicholas Hine, along with around 700 veterans and visitors.

Jim McMaster, Polaris boat veteran and chairman of the Submariners’ Association, said he was delighted that the commitment and sacrifices made by families for the past 50 years was at the heart of events marking the deterrence mission. “The toughest job in the Royal Navy is a submariner’s wife or partner,” he said. “When they go away, there’s no knowing where they are or even if they are alive. In the surface fleet, you know your loved ones are safe and well. I cannot imagine how difficult it must have been for my wife during my 34 years, not knowing what we were doing.

“I missed so much of my daughter’s childhood – there are so many ‘blanks’ in our lives. But we just did our jobs and got on with things. It’s the support behind us that allowed us to do that – the navy was very good at looking after us and the Submarine Service is a very close-knit community. If you served in the Royal Navy over the past 50 years, then you have supported us somehow.”

Beginning with the Resolution class submarines in 1969, and transferring to the Vanguard class in the 1990s, the mission has seen a deterrent submarine at sea continuously during this entire time. The mission will be continued into the future by the Dreadnought class of ballistic submarines, which will also be ported at Clyde and is expected to be operational within the next decade.