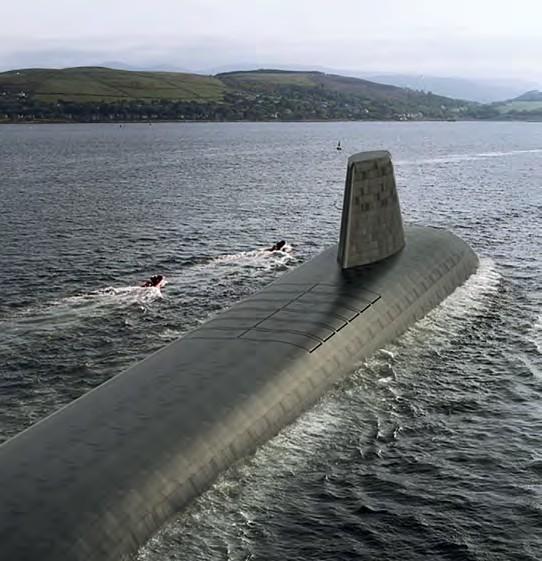 An artist’s impression of the Dreadnought-class submarines.
(CROWN COPYRIGHT)

THE ICONIC name, HMS Warspite, is set for a return, the Defence Secretary Gavin Williamson has announced. Speaking in the 50th anniversary year of Operation Relentless – the UK’s continuousat- sea nuclear deterrence – Williamson revealed in February that the third of four next-generation submarines will be named Warspite. The Dreadnought-class submarines, the lead ship of which is expected to enter service in 2028, will replace the Vanguard-class as the carriers of the UK’s Trident missiles. Warspite will join Dreadnought, Valiant and an as-yet-unnamed vessel.

The name, thought to be taken from a Tudor name for a species of woodpecker, has a strong historical pedigree. It was first used for a galleon with the original Tudor spelling, Warspight, and a total of eight Royal Navy vessels have carried the name, the last being a fleet submarine decommissioned in 1991. The second Warspite, a 70-gun third-rate, was launched in 1666 and served for 105 years – albeit renamed Edinburgh in 1721. The most famous Warspite was the Queen Elizabeth-class battleship that entered service in March 1915.

She fought at Jutland in 1916 and in the Second World War saw action at Narvik, Calabria, Cape Matapan, Crete and on D-Day, among other battles. She earned more battle honours than any other Royal Navy ship, acquiring the accolade ‘the grand old lady’ before being sold for scrap in 1947. Always a fighter, Warspite ‘fought back’, famously breaking her tow amid a storm and running aground off Prussia Cove, The battleship HMS Warspite aground off Prussia Cove, Cornwall, following her ‘escape’. (PA ARCHIVE) Cornwall. Her seven-strong skeleton crew were rescued but Warspite was not successfully re-floated until 1950. Even then, things went wrong, she ended up beached near St Michael’s Mount, where she remained until her salvage had been completed in 1955.

Mr Williamson made the announcement while visiting Rolls- Royce’s Derby-based Raynesway facility. Rolls-Royce Marine Power Operations has produced the Royal Navy’s nuclear reactors for its submarines since the 1960s. At the same event, the Defence Secretary also confirmed a £235m contract with the company to maintain the submarine fleet’s reactors until 2022. 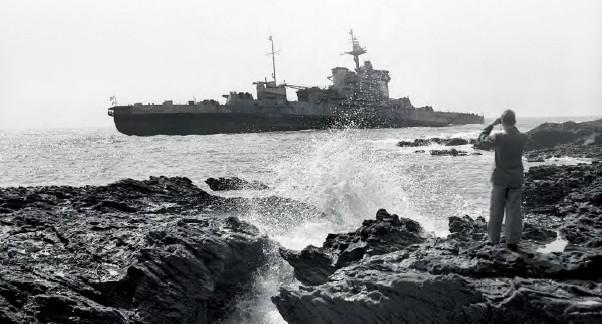