New Biography Of The First Head Of GCHQ Is Launched

THURSDAY 7 September was a special day at the Government Communications Headquarters in Cheltenham. For it was the setting for the launch of a new biography of the man who was the first head of Britain’s key signals information gathering organisation, Alastair Denniston. The launch took place in GCHQ’s museum which had been adorned with artefacts from his intriguing life and was attended by members of Alastair Denniston’s family including his niece and goddaughter Libby Buchanan and his grandchildren, as well as senior representatives from Bletchley Park and GCHQ. 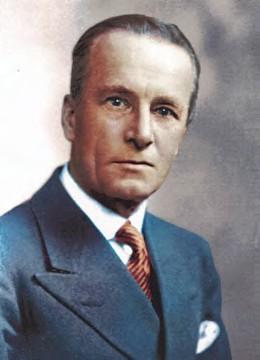 A portrait of Alastair Denniston taken during the Second World War. (COURTESY OF THE DENNISTON FAMILY)

Written by Dr Joel Greenberg, Alastair Denniston: Code-Breaking from Room 40 to Berkeley Street and the Birth of GCHQ, charts the career of a man still held in the highest esteem at GCHQ. (Frontline Books, ISBN 978-1526709127)