New Books On the Shelf

American Half- Tracks of the Second World War

Another from the LandCraft series, M2/M3 American Half- Tracks of the Second World War covers the design, production and operational history of these vehicles. Highly sought after by military vehicle collectors today, they were among the most successful armoured vehicles produced by the US during the war. Half-tracks served on every battlefront and were as recognisable as other famous wartime vehicles like the Willys Jeep and Sherman tank. Around 40,000 were produced between 1941 and 1945. Their versatility allowed them to be used in a variety of roles and they were easy to assemble, operate and maintain. 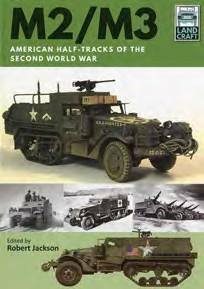 Verdict: Edited by experienced military, aviation and naval author Robert Jackson, this volume in Pen and Sword’s popular LandCraft series traces the design, development and manufacturing history of the M2/M3 and provides a detailed account of its operational role.

Firepower for the Panzer Divisions

In the opening years of World War Two, Germans tanks and infantry were deservedly given much of the credit for the army’s stunning successes across Europe and the speed at which they were achieved. The Panzerartillerie units were an essential part of the story, having provided vital support. Prior to the outbreak of the war, just about all artillery weapons were towed by motor vehicles or pulled into position by horses or even soldiers. The need to keep up with the advancing armoured units gave rise to self-propelled guns. It was not as straightforward as it may sound though, as the weight of the guns and the strength of their recoil posed significant challenges. Panzerartillerie documents the history of the research and development into self-propelled guns and is packed with rare and previously unpublished images. 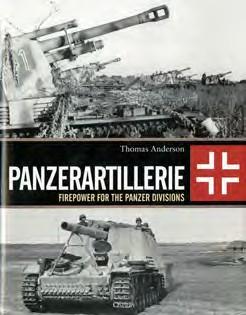 This is the sixth book in the successful Frituur Zorro series and like those before it, will have wide-spread appeal with classic military vehicle restorers. Thirty softskin projects were chosen from a large pool of offerings and they include an Austin K2, Austin K5, Austin Tilly, Bedford OCX, Bedford QL Dodge WC-60, Ford GPW Jeep, Gaz 63, International M426, AEC Matador and a War Lafrance M1. Each vehicle is given its own chapter and colour photographs along with basic text take readers through the restoration process showing the vehicles at various stages. The book is written in Dutch and English. 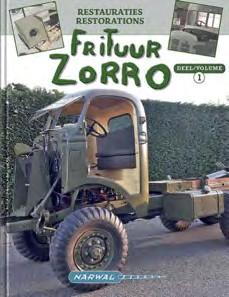 Verdict: Frituur Zorro Restorations is not a technical manual and it does not explore the restorations in-depth, instead it is a record of the featured vehicles and is testament to the time and hard work put in by all those involved. One for the coffee table.