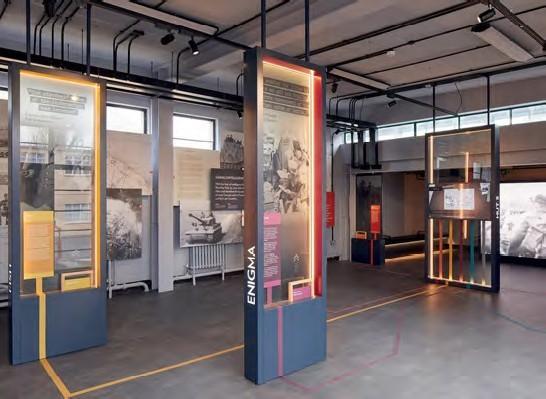 A MAJOR cinematic exhibition showcasing Bletchley Park’s involvement in D-Day opened at the Bedfordshire museum on 11 April. Called D-Day: Interception, Intelligence, Invasion it features a specially commissioned film projected on a 72ft (22m) screen, housed in the newly-restored Teleprinter Building. It was here that hundreds of thousands of intercepted messages first arrived at Bletchley Park from listening posts across the UK, the intelligence then being transmitted to Allied headquarters. As well as getting an opportunity to see what was involved, the exhibition’s supporting displays also give direct examples of when Bletchley intelligence altered Allied invasion plans and helped to save lives.

Bletchley Park played a crucial part on D-Day itself, as enemy messages intercepted at the centre were decrypted, translated and sent on as intelligence reports in under three hours. This gave the Allied commanders invaluable insights into how the Germans were responding to the invasion.

Iain Standen, CEO of Bletchley Park Trust said: “D-Day was one of the high points of the Bletchley Park story – 75 years after D-Day, this new experience will allow visitors to understand the vital role intelligence played in the invasion plans.”

“This exhibition portrays the vital link between the men and women at Bletchley Park, and their counterparts on the battlefield, and shows how good intelligence could make the difference on the beaches of Normandy between life and death, success and failure.”

In other news from Bletchley Park, a G31 Enigma machine – one of only two known surviving examples of the variant – has gone on display at the museum for the first time. It is thought this machine was buried by retreating Hungarian forces near the Czech border in Southern Poland in 1945. The G31 Enigma was acquired by the museum from a collector in 2016, after allegedly being dug up in a farmyard.

Its rotors and plugboard had been removed, precisely the sort of top-secret equipment a retreating army would strip out before disposing of it.

Conservation work has revealed the presence of a hidden serial number, 110, enabling the Bletchley Park collections team to pinpoint the model to the year it was produced and where, revealing it to be much rarer than previously thought.

Thanks to research by cryptography expert Frode Weierud, and a listing from the Enigma manufacturer Chiffriermaschinen Gesellschaft Heimsoeth & Rinke from October 1935, it is now known that this machine was from the first batch of the G31 model ever made, and was one of 24 delivered to Hungary.

David Kenyon comment: “There was not just one type of Enigma, but a whole family of different machines. It is exciting to discover an example of one of the rarest types. What makes this especially interesting is that our research has revealed the life story of the machine from its original manufacture and sale, to its sad fate at the end of the war.”bletchleypark.org.uk 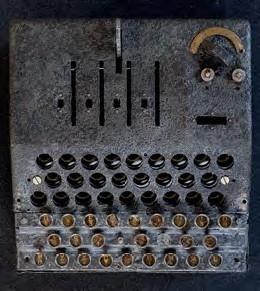 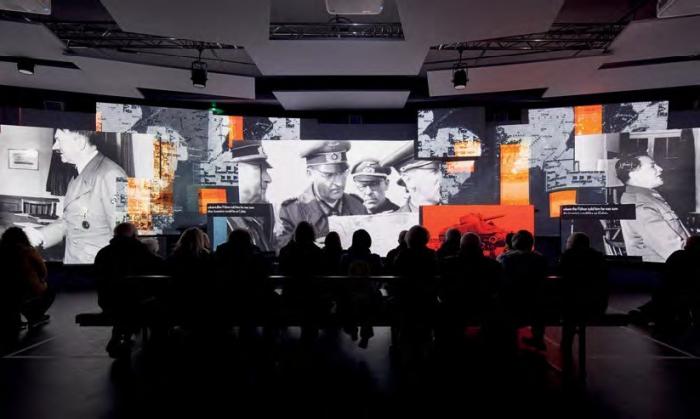