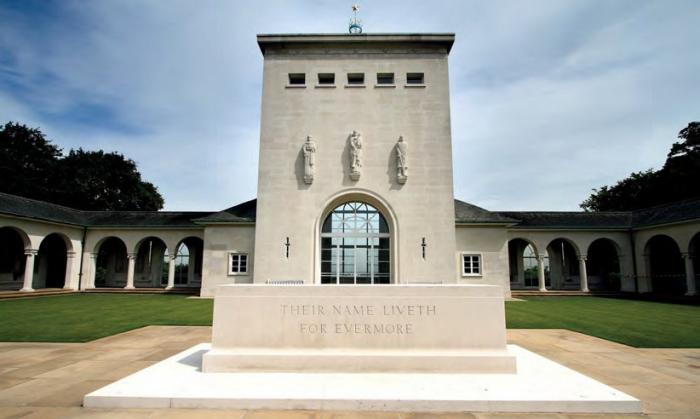 The Runnymede Air Forces Memorial, which has received funding for a new digital exhibition.
(CWGC)

THE COMMONWEALTH War Graves Foundation (CWGF) announced on July 3 it has secured a £60,000 grant that will enable it to develop a digital exhibition for its Runnymede Air Forces Memorial. The money comes from the Biffa Award fund, in connection with the Association of Independent Museums.

The new presentation will tell the story of Noor Inayat Khan, a Second World War secret agent and one of the most highly decorated women in British military history, who is commemorated on the memorial. In addition, the exhibition will help visitors to better understand the monument and discover more about the other 20,000 air men and women lost during operations from bases in the UK and North and Western Europe, who have no known grave.

CWGF will work with young women and girls from the Girlguiding organisation, to reinterpret the story of Noor, helping to make it relevant and engaging for a younger generation of visitors.

The award is part of the History Makers scheme that funds museums to create new exhibitions that will inspire the public through the lives and achievements of extraordinary, historical figures. The scheme is managed by the Association of Independent Museums (AIM) and Biffa Award, a multi-million-pound fund that helps to build communities and transform lives through awarding money to communities and environmental projects across the UK as part of the Landfill Communities Fund.

Noor Inayat Khan was born in Russia in 1914. Her father was reputed to be a descendant of the last Mogul Emperor of southern India, and her mother was Anglo-American. She grew up in London and Paris. When the German army invaded France in May 1940, Noor escaped to Britain as a refugee.

In 1940 she enlisted in the Women’s Auxiliary Air Force (WAAF). Noor trained as a wireless operator and in 1943 was recruited into the Special Operations Executive (SOE) and on June 16, 1943 became the first female wireless operator sent into occupied France. Every other British radio had been discovered, only Noor’s remained, yet she continued to transmit to London. She was ordered to leave Paris but refused. Noor was arrested by the Gestapo more than three months later. After making two attempts to escape, she was eventually sent to Dachau concentration camp where she was murdered.

Julian Evans, the CWGC’s Director of International and Public Engagement, said: “This grant will enable us to explore the story of the CWGC Runnymede Air Forces Memorial in a way that engages young people. We want to work with young women to share Noor’s scientific and technical achievements and inspire them though her bravery and sacrifice.”