New Member of ‘The Few’to be Honoured 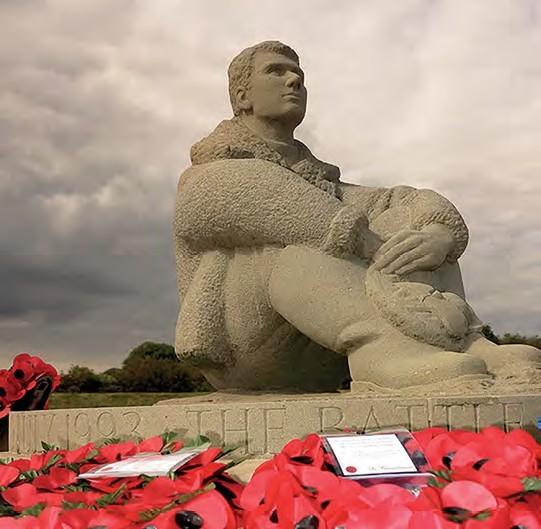 The central statue of a lone pilot at the Capel-le-Ferne memorial. (VIA THE TRUST)

EXTENSIVE RESEARCH has seen another Battle of Britain pilot added to the exclusive list of those who number among Churchill’s famous ‘Few’. Less than 3,000 airmen were awarded the Battle of Britain Clasp, but new claims continue to be heard. Now historians have agreed that Sgt Donald Brown, who flew Blenheims with 604 Squadron during the battle, should be added to that list of names.

To qualify for the clasp, airmen had to fly at least one sortie with one of 71 squadrons and other recognised units between 10 July and 31 October 1940. Because squadron operations record books were not always kept up to date or as accurately as they might have been, it is unlikely that there will ever be a final, definitive list of the aircrew who served, although the number is not expected to change significantly from the current estimate of around 2,940.

When the Battle of Britain Memorial Trust was asked to reconsider adding Sgt Brown,who did not feature on the Christopher Foxley-Norris Memorial Wall or in Men of the Battle of Britain – published by the trust and universally recognised as the definitive biography of those who took part – the charity began to investigate. As it did so, it recognised there were indications that Sgt Brown had flown operational sorties that would qualify him for the clasp.

After much consulting and a lengthy investigation, the RAF’s Air Historical Branch, the final authority on the matter, concluded the evidence was strong enough for Donald Brown to be added to the list of aircrew who participated in the battle.

Trust chairman Richard Hunting commented: “It is a privilege to be able to add another name to the list of those remarkable men who kept this country safe from invasion in 1940. It is not clear why he has been disregarded until now, apart from the lack of firm information in the squadron records. The trust is delighted to be able to put the record straight.”∎