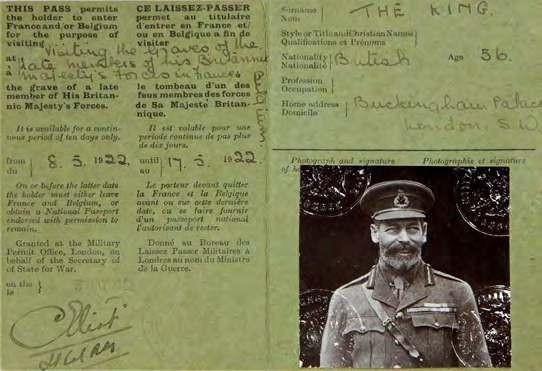 King George V’s passport, used during his visit to GWGC’s European sites in 1922. 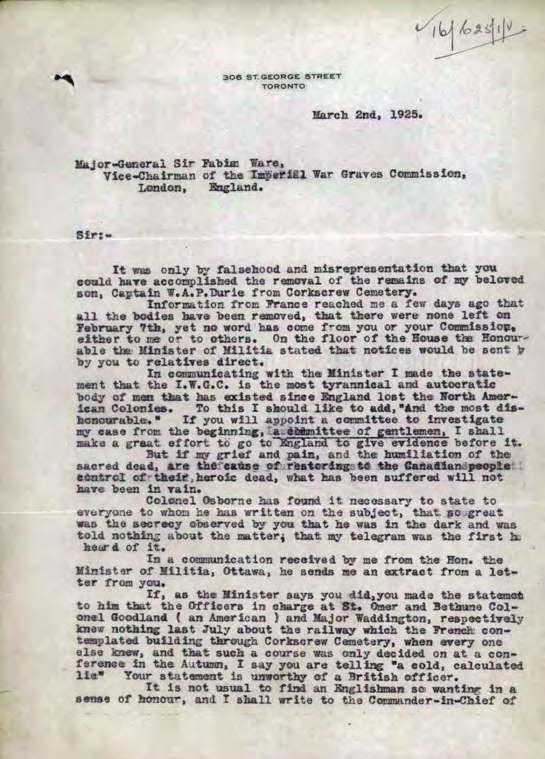 A letter from Anna Durie regarding her son’s last resting place in 1925.

THE COMMONWEALTH War Graves Commission (CWGC) has launched its new online exhibition, called Shaping our Sorrow, to mark the centenary of the First World War Armistice.

The project is the result of the Commission’s efforts to capture the shared grief of an empire through a combination of architecture, design and poignant words.

It features previously unseen archive material, including photographs, letters, film, architectural drawings and plans of the earliest cemeteries and memorials. Structured around the five stages of grief, the virtual display gives an insight into the difficult and often controversial decisions that helped to shape remembrance as we know it today.

Immediately after the Great War plans for commemorating the dead caused much debate, particularly the decision not to repatriate the fallen. The Commission wanted to treat all ranks equally and it was felt that by allowing some service personnel to be brought home, particularly those from a wealthy background, the comradeship that had developed between all servicemen at the front would be lost.

The exhibition showcases several petitions, mostly of mothers who had lost sons in the war – despairing at the decision not to repatriate their loved ones. Among them is a photograph of a petition organised by Sarah Smith, a grieving mother lobbying the Prince of Wales – the President of the Commission – to reverse the policy.

Shaping our Sorrow highlights the roles of many famous individuals such as Rudyard Kipling, the Commission’s literary adviser, who lost his 18-year-old son John in the conflict, inspiring the famous poem My Boy Jack. John’s grave was not identified in Kipling’s lifetime, and his name was added to the Loos Memorial in France. A poignant image from 1930 shows Kipling and his wife attending the unveiling of the memorial.

The exhibition brings together images and rare footage from King George V’s 1922 pilgrimage to CWGC’s earliest sites. The King travelled to over 30 cemeteries and memorials in various stages of development. A newly discovered photograph of his passport is shown, which simply states his name as ‘The King’.

This multi-media collection enables viewers to examine photos in detail, explore a wealth of digitized archive material and discover some of the untold stories of the Commission’s early gardeners. To view the online exhibition, visit: shapingoursorrow.cwgc.org or www.cwgc.org 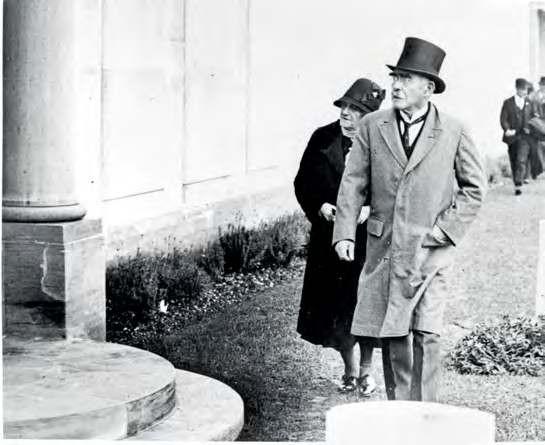 Kipling with his wife visiting his son’s memorial at Loos.
(ALL IMAGES VIA CWGC)