Sturmtiger to the Australian Armor Museum 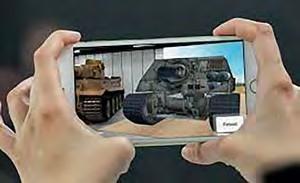 World of Tanks brought their mixed reality SturmTiger experience at this year’s AusArmourfest event at The Australian Armour and Artillery Museum in Cairns September 2 and 3. This ‘first-of-its kind’ interactive installation was previously launched at The Tank Museum in Dorset to fill a gap in its Tiger exhibition, but tank and history enthusiasts can now come face-to-face with a virtual replica of the SturmTiger tank in Australia. 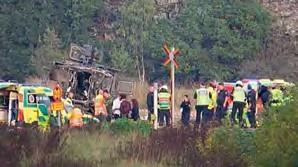 Swedish media are reporting that a Pansarterrängbil 360 APC (also known as the Patria) was hit by a passenger train. This accident happened during the Aurora 17 military exercise near Trosa, south of Stockholm. Media reports indicate that three people in the military vehicle were injured, while one train passenger suffered minor injuries. 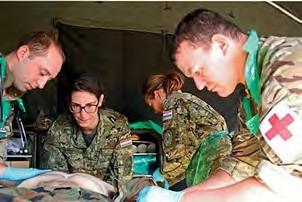 The last days of September saw reservists from 335 Medical Evacuation Regiment undertake a demanding training exercise alongside one of their paired regiments, 1 Armoured Medical Regiment (1AMR), in Germany.

Exercise Serpent Run provided the reservists, many of who come from NHS backgrounds, with key training opportunities to enhance their skills across a wide spectrum of core medical and military skills. At the same time some 110 Army Reservists from 254 Medical Regiment spent two weeks living and working alongside 50 Croatian soldiers on the Crvena Zemlja training area in Knin, Croatia. The aim of these exercises is to ensure the reservists are competent and confident in their core medical and military skills and to link the reservists training with that of other NATO forces to ensure the best tactics and techniques are shared between nations. 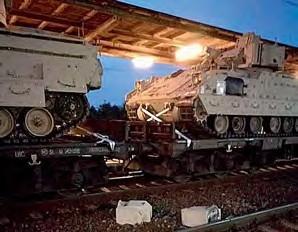 Russian news sources RT and Sputnik International have published articles describing a rail accident in Poland that has left ten US armoured vehicles damaged; photos of the incident show them to be Bradley IFVs. Apparently they hit a metal awning that overhangs the tracks at a station near the city of Torun while being transported from Gdansk to a military range in Zagan. These vehicles were being transported as part of Operation Atlantic Resolve, a NATO exercise intended to boost the Alliances presence in Eastern Europe. 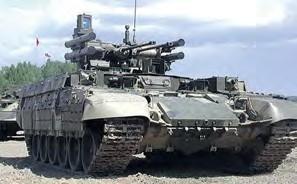 Alexander Shevchenko, the Russian defence ministry’s tank-automation commander, said the tank support combat vehicle, dubbed the Terminator, had successfully passed all tests. It is anticipated that the majority of the Terminators will be delivered to Russia’s military in 2018.

Believed to be based on Russia’s T-72 main battle tank the Terminator primarily provides direct attack and defensive support to other tanks on the battlefield, including Russia’s T-90A tank. They weigh 44 tonnes and are equipped with two 30mm-caliber 2A42 autocannons and a 7.62mm-caliber PKTM twinmount machine gun. It has been designed with urban warfare in mind and requires five members to operate it - a gunner, a driver- mechanic, two riflemen and a commander.