An Occasion for Splendour

A staple of monarchical tradition often filled by military splendour, the royal jubilee is a constantly evolving event. Christopher Joll examines the origin of the regal occasion and the martial spectacular that was Queen Victoria’s Diamond Jubilee 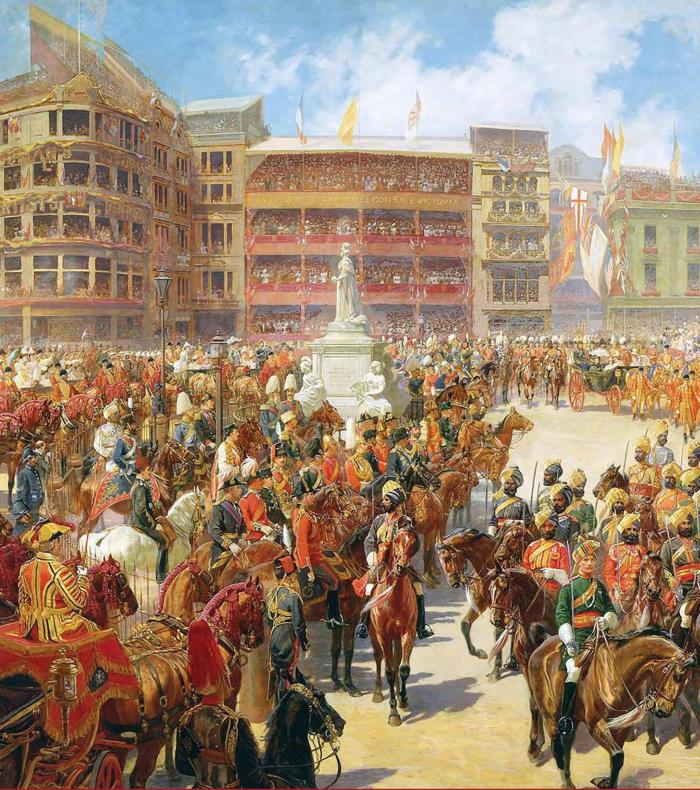 QUEEN VICTORIA'S DIAMOND JUBILEE CELEBRATIONS WERE A COLLECTION OF VAST, INTERNATIONAL SPECTACLES FILLED WITH POMP AND PAGEANTRY ON A SCALE NEVER ATTEMPTED BEFORE OR SINCE, SO DESPITE ITS BASIS IN TRADITION, IT IS SOMEWHAT AN OUTLIER
JOHN CHARLTON (ARTIST)/THE ROYAL COLLECTION

Royal jubilees are a very British phenomenon. Even the name is curious as the word ‘jubilee’ has biblical origins, unless, that is, its usage is an attempt at the affirmation of the sovereign’s lineage, which it is often claimed stretches back to David, King of Israel and Judah. It doesn’t – the Royal House of Windsor traces its origins (via William I) to Norsemen, but for the purpose of jubilees, that is beside the point.

Despite the plethora of such events in the current reign, they are in fact rare occasions for British sovereigns. There have been just four prior to the present Queen’s 1977 Silver Jubilee.