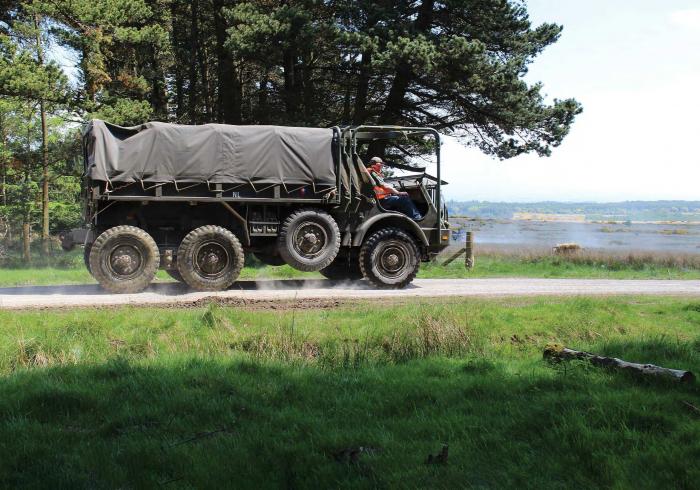 The design is meant to ensure the vehicle will not get stuck on rough terrain, even when towing a gun

James (Jim) Pearson is a lifelong petrolhead but a somewhat accidental military vehicle enthusiast. This DAF YA328 is his first, and only, military truck and he bought it in 2020.

Growing up, Jim was into speed and sports cars; first, it was Triumph Stags, then a Sunbeam Stiletto, a TVR Griffith 500 and latterly a Lotus Elan M100. When he got into trouble speeding though, he says he decided to go 'old, slow and way more cool'.

He was introduced to the military vehicle world through a friend made in the pursuit of his other hobby; shooting. As a member of a gun club, he met folk with an interest in military history and vehicles.

They dragged him to shows and willingly let him drive some of their collection.

In particular, he fell in love with a 1943 Dodge Ambulance.