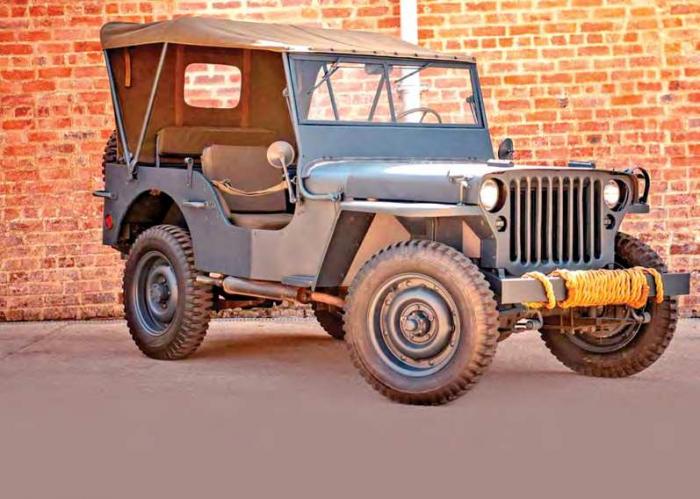 The world’s most expensive Jeep this year at £39,500
COURTESY NIGEL HAY

“I sold this Jeep far too cheap!” was a regular catchphrase of one of Britain’s more colourful military vehicle dealers who had a large stock of recently arrived projects to choose from.

The ex-Greek Jeeps he was selling were at that time around £1,500 each, but rallyready ones were about £2,000 more. Fast forward to May 2021 and there appears to be a competition to see who can get the most money for a Jeep.

We have been consistently getting restored Jeeps offered in the £24,000 to £26,000 range, then suddenly a battalion of £30,000 and upwards price tags started rolling in. One advert peaked at £38,000 and I’m told the vehicle sold at “nearly” that price.

Not to be outdone, eBay featured a wartime Jeep listing for £39,500. Granted, it was a tidy Willys, although it appeared to have a post-war carburettor.

A blank canvas Jeep with no markings, it was painted in naval grey, which isn’t everyone’s first choice. However, at the time of writing, it had been withdrawn and not sold.