This rare Humber four-wheel drive ambulance, based on a 1938 Humber car chassis, is a new addition to Brian Laker's collection of military vehicles 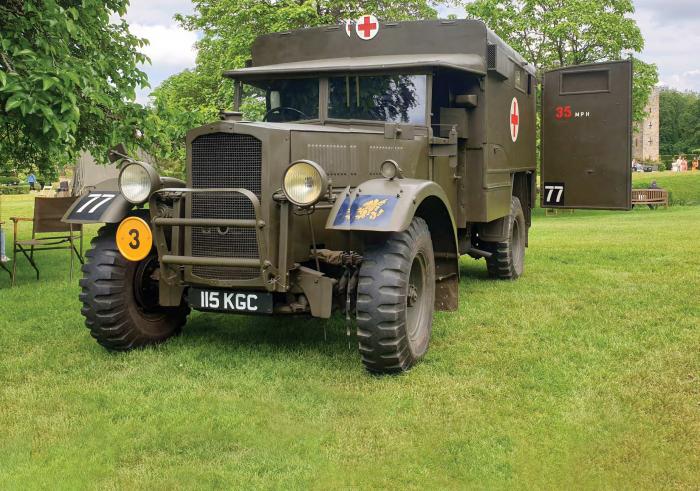 Military vehicle enthusiast Brian Laker did not buy his Humber four-wheel drive ambulance but instead negotiated a swap for his Dingo armoured car. Brian said he enjoyed owning unusual vehicles so when the opportunity came up to swap the Dingo for the ambulance, he was immediately interested. "I met the previous owner on the XXX Corps run inHolland," he explained. "He had a young son who wanted to participate in the event but was unable to sit in the front of the vehicle because it does not have a front passenger seat. The owner had always wanted a Dingo, and I liked the look of the ambulance.