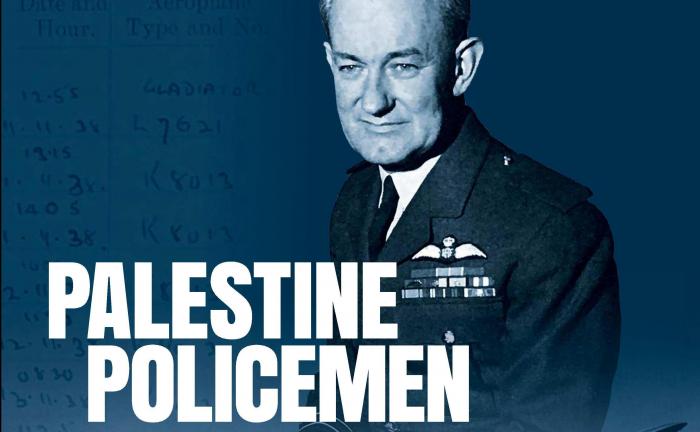 SQUADRON LEADER HECTOR MCGREGOR COMMANDED 33 SQUADRON IN PALESTINE, FOR WHICH HE RECEIVED THE DSO. HE WAS LATER KNIGHTED AND BECAME AIR MARSHAL
DOUGLAS MCGREGOR

GLADIATOR MK.IS OF 33 SQUADRON AT ISMAILIA, EGYPT, SHORTLY BEFORE THEY RETURNED TO PALESTINE. THE NEAREST AIRCRAFT WAS FLOWN SEVERAL TIMES BY SQUADRON LEADER MCGREGOR IN DECEMBER 1938 MOD

To help manage new post-1918 colonial obligations – former Ottoman holdings such as Palestine, Transjordan and Mesopotamia – the RAF was required to assist garrison forces by providing air policing. It was a role for which a fledgling force, seeking to justify its continued independence, had proven more than capable, quelling unrest in India, Afghanistan and Somaliland from the air.

By 1936, the increasing influx of Jews fleeing Germany into Britishadministered Mandatory Palestine resulted in growing resentment among the Arab population. Protests became increasingly violent, culminating on April 15 that year, with the fatal ambush of a Jewish convoy near Nablus. With two drivers killed, several Arabs were killed in reprisals the next day and, as more blood was shed, it became apparent the government was being targeted.