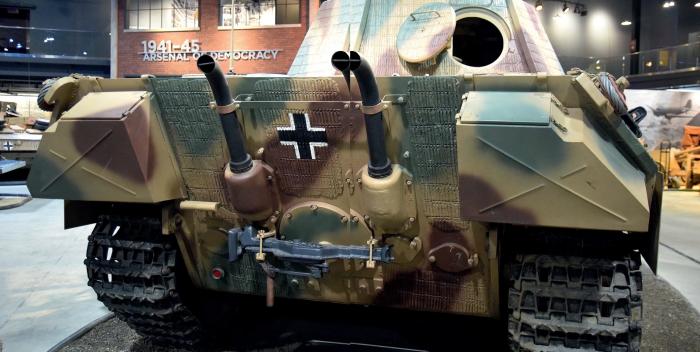 The new American Heritage Museum opened its doors to the public in May 2019. I was fortunate to be granted access to the exhibits a month earlier by owner Rob Collings of the Collings Foundation. The museum has some fantastic exhibits, including a Panzer V Ausf.A (No.501) Panther tank.

The museum’s Owen Myers has researched its history and said it was issued to the 2nd Panzer Regiment of the 16th Panzer Division in July 1944. This was probably while the division was stationed in Daleszyce, Poland, taking part in anti-partisan operations. The town was a de-facto centre for the Polish resistance and was eventually destroyed in late 1944. The 16th Panzer Division then took part in attempting to repel the Soviet Vistula- Oder offensive.