Craig Moore spoke to the team behind the restoration of a rare German Panzer I Ausf.A 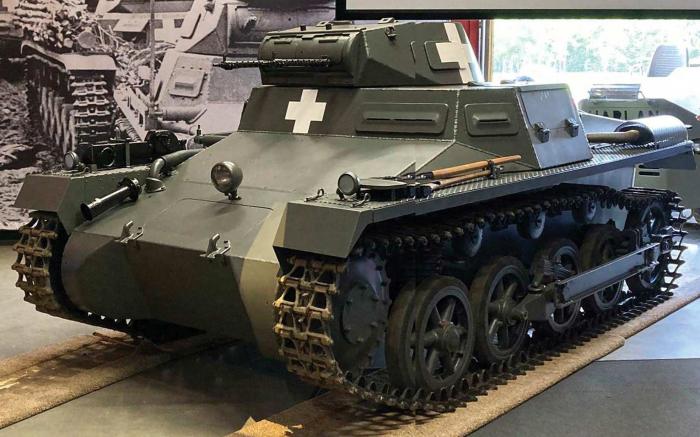 The Collings Foundation’s new American Heritage Museum in Hudson near Boston, Massachusetts, has recently finished restoring a rare German Panzer I Ausf.A, of which there are only six surviving examples. It will be one of two restored to a working condition and the only one on public display in North America. The tank was supplied by the Jacques Littlefield Collection in July 2013. The development of the panzer dates to when Germany secretly started to rearm from the mid-1920s in breach of the terms of the 1919 Treaty of Versailles. The Panzer I was the first mass-produced tank of the Wehrmacht. Initially, it was intended to be used as a driver training tank and the first 15 were delivered without turrets.

Its full name was 2. Serie/ Landwirtschaftliche Schlepper (Panzerkampfwagen I (Maschinengewehr) (Sonderkraftfahrzeug 101) Ausführung A). This translates to ‘series two/agricultural tractor (armoured combat vehicle Mk.I, (machine gun) (special purpose vehicle 101) version A)’. This was abbreviated to Panzer I Ausf.A (Sd.Kfz.101) or PzKpfw I Ausf.A (Sd.Kfz.101).