Pictured is a Challenger 2 (CR2) taking part in a Land Combat Power Visit (LCPV) rehearsal at Copehill Down Village, Salisbury Plain, in preparation for a visit from the Secretary of State for Defence.

The Kings Royal Hussars (KRH) Battlegroup and the Royal Welsh demonstrated the combat power of their units. The Challenger 2 (CR2) is the British Army’s main battle tank.

The CR2 is based on the original Challenger 1 tank, which served with distinction on operations in the Gulf War and the Balkans. Only 5% of the CR2 components are interchangeable with its predecessor, which has more than 150 major modifications including a completely new turret, L30 CHARM 120mm gun and second generation Chobham armour. 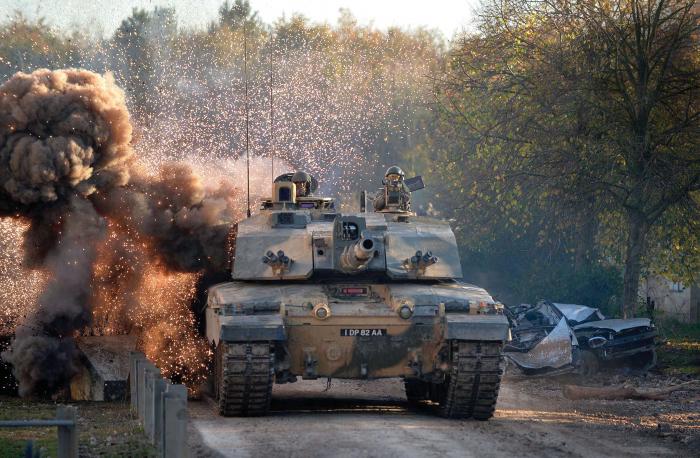