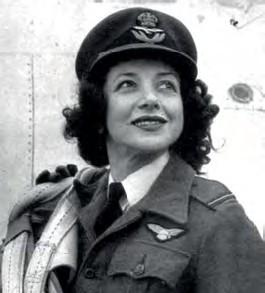 Jackie Moggridge in her service days. 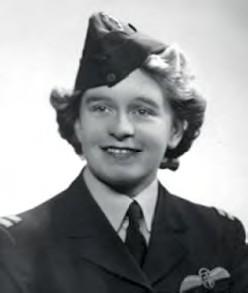 Mary Ellis. (BOTH IMAGES VIA AUTHOR)

TWO PIONEERING female Spitfire pilots are due to be honoured at road naming ceremonies in southern England. The memory of Air Transport Auxiliary ferry pilots Jackie (Sorour) Moggridge and Mary (Wilkins) Ellis will live on in the towns they fondly remembered, writes Melody Foreman.

A new ‘Jackie Moggridge Way’will link to the aptly named Trenchard Way (after Viscount Hugh Trenchard – the founder of the RAF) in Taunton, Somerset, to the town’s new Firepool development. ‘Mary Ellis Way’, is sited in the vicinity of the former Witney aerodrome in Oxfordshire where she learned to fly as a teenager in 1932.

Local councillors in both towns were delighted to celebrate the lives of the pilots who were among 166 women of the ATA who flew military aircraft from factories to RAF airfields. Jackie, originally from South Africa, had lived in Taunton for many years from 1946. As an ATA pilot she flew more than 1,500 aircraft and 83 different types including heavy bombers. Her daughter, Candida Adkins, said: “My sister and I are thrilled to think Taunton Deane Borough Council has thought to honour our mother by naming a road after her. She always felt it was her true home.

She loved flying for the ATA and was so proud when she went on to join the Women’s Royal Air Force (WRAF) and was one of only five women at the time to gain her RAF wings.”

Council Leader John Williams said: “It is a fitting tribute to this remarkable pilot that we can name a new road after her. Jackie Moggridge Way signals another step in the realisation of our ambitions for Firepool and we are proud of the association it will hold with this true pioneer.”Jackie passed away in 2004, aged 97.

Mary Ellis, who died in July last year, aged 101, flew 400 Spitfires and 76 different types of military aircraft during her time with the ATA. She was born in Leafield, Oxfordshire, and as a teenager skipped out of school hockey lessons to visit Witney aerodrome and learn to fly a de Havilland Tiger Moth. After the war she held a number of important aviation jobs including being managing director of Sandown airport in the Isle of Wight.

Witney Town Councillor Peter Dorward said: “There is great interest in what was Witney aerodrome and in particular the amazing Mary Ellis. I have had a memorial stone put in place to recognise the aerodrome and it is clear the new road in the vicinity should be named in her honour.”∎