Piracy on the High Desert

This year marks the 80th Anniversary of the Long Range Desert Group. Toby Savage explores the remarkable story behind the group and its achievements in the Libyan Desert 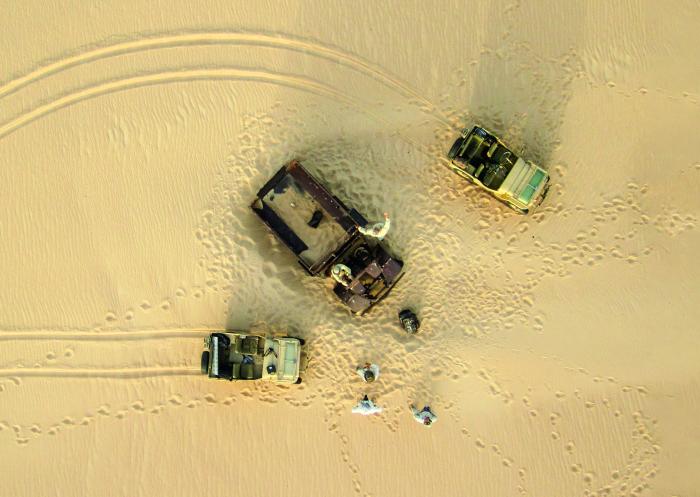 A kite aerial photograph of the Ford with the two Jeeps.
TOBY SAVAGE

The creation and much of the success of The Long Range Desert Group can be credited to the work and knowledge of one man - Maj Ralph Bagnold, a soldier, archaeologist, scientist and adventurer. Stationed in Cairo during the inter-war years, Bagnold and his chums were keen to explore the desert on their doorstep. Excursions were, at first, relatively local, but as their confidence grew, they pushed the boundaries of man and machine to new limits. During World War One the Light Car Patrol had made good use of the Model T Ford for patrolling the Libya/Egyptian border, it found the vehicle robust, simple to repair and reasonably good over rocks and through sand thanks to its high ground clearance.