A place to remember our mates

The British Normandy Memorial has opened, fulfilling the dream of George Batts and many other veterans. Colm Murphy reports from the event and speaks with George 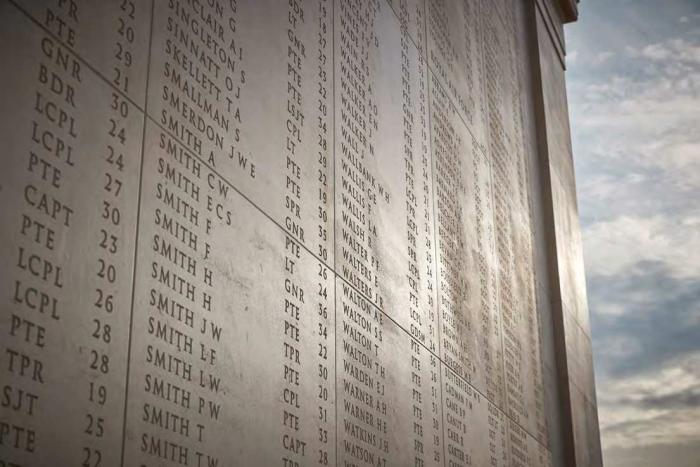 THE MEMORIAL RECORDS THE NAMES OF 22,442 PERSONNEL UNDER BRITISH COMMAND KILLED DURING THE NORMANDY CAMPAIGN
COURTESY BRITISH NORMANDY MEMORIAL

“I was always amazed that Britain was the only Allied country involved in the Normandy landings which did not have its own national memorial on French soil,” George Batts MBE told Britain at War. “The Americans and Canadians had theirs, but there was not one for those who served under British Command. This remained uppermost in my mind as the years rolled on.”

It was almost a decade ago that George, a Royal Engineer who landed on Gold Beach on June 6, 1944, conceived that such a memorial, lacking in the Normandy countryside, was a necessity. Opened on June 6, 2021, the completed memorial records the names of 22,442 British personnel who fell during the Battle of Normandy. Inscribed in stone, their names have never, until now, been brought together.