Plugging Holes in the Pusan Perimeter 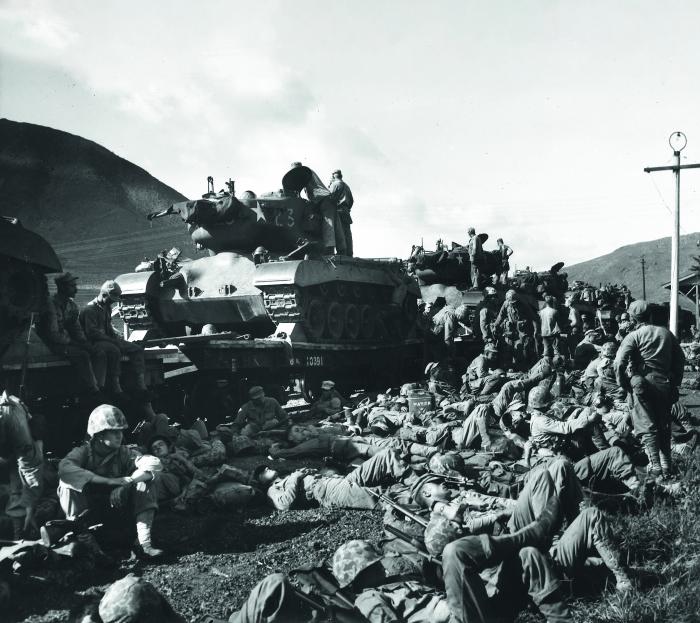 Much use was made of the railways in South Korea, and here we see 2/5th Marines and their supporting M26 tanks ready to depart the port city of Chang Won for the front. With its thick armour and powerful 90mm gun, the M26 was more than a match for the T34/85. However, it would prove to be too wide and too heavy for many of Korea’s primitive roads. NATIONAL ARCHIVES

In the aftermath of World War Two, Korea was divided. North of the 38th Parallel, the Soviet Union held sway, south of the line, the United States. It was everybody’s intention – including that of the Koreans themselves – that in due course the country should be united under one government.