In the aftermath of the D-Day invasion, German zerstörers were poised to strike a crippling blow. However, as Dr Alexander Clarke explains, a British flotilla was authorised to deal with them – above all else 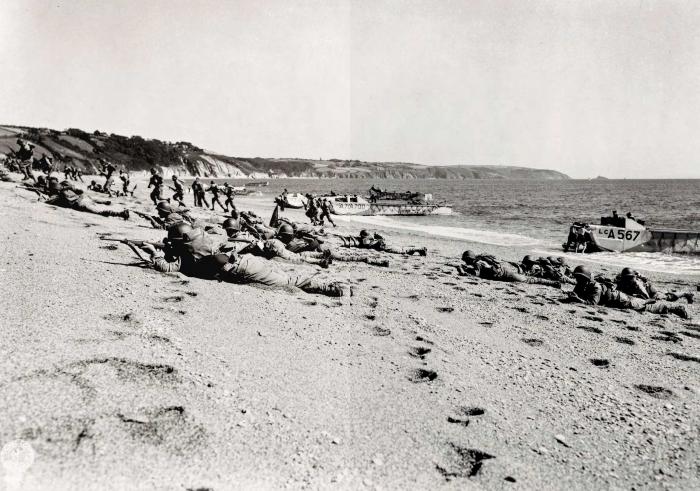 April 29, 1944, and although the public would not hear of it for some time yet, tragedy had played out on England’s south coast. Two days earlier a landing exercise, a rehearsal for what was planned for Utah Beach on June 6, ended in a major friendly fire incident. Worse still, on April 28, the landing ships of Convoy T4 came under attack from German E-boats in Lyme Bay on the Devon-Dorset coast.

At least 749 US servicemen were dead after four of their transports were hit by torpedoes, with two sunk. Even isolated, it was a terrible incident, but the real fear was thus: What if a German naval force could get the drop on the invasion fleet once it had left for the Normandy coast, or harry the reinforcement and supply convoys following the day one waves. It was decided that prevention was better than cure. Among other changes, in early May, the US Navy requested of Admiral Bertram Ramsay – the man responsible for planning the naval portion of the coming invasion – that E-boat bases in Cherbourg be bombarded to destroy them or drive them somewhere other than Normandy. The E-boats had exploited the confusion of so many ships operating at sea to obscure their approach. This, combined with their late detection, made fighting back much more difficult. For planners, it was a very real problem that dogged their waking and sleeping hours. How were they to protect the invasion force when its concentration of ships would be many times that of Exercise Tiger?