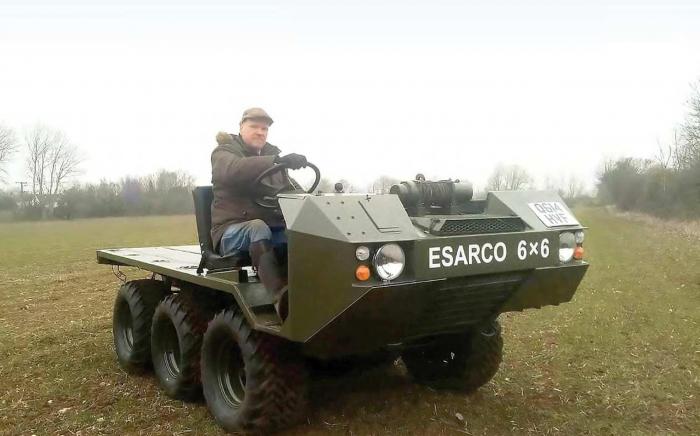 What do you get if you combine an eagle eye, a nose for a bargain and that silk-purse-out-of-sow’sear nous? In Owen Edge’s case, it is a good-as-new military vehicle with a fascinating back story.

Owen, from Ely in Cambridgeshire, said: “When I saw the Esarco 6x6 on Anglia Car Auctions I don’t think anyone knew what it was.

“It said it had six wheels, was unusual and a prototype. I made up my mind I was having it and put a decent bid online at the beginning.”

He added: “I found out much more about it after I bought it.”

Owen, who is a full-time vehicle restorer, snapped it up for £3,456 from the auctioneer, based at King’s Lynn, Norfolk. The vehicle, registered with the DVLA in 1995 as an agricultural machine, needed plenty of work.