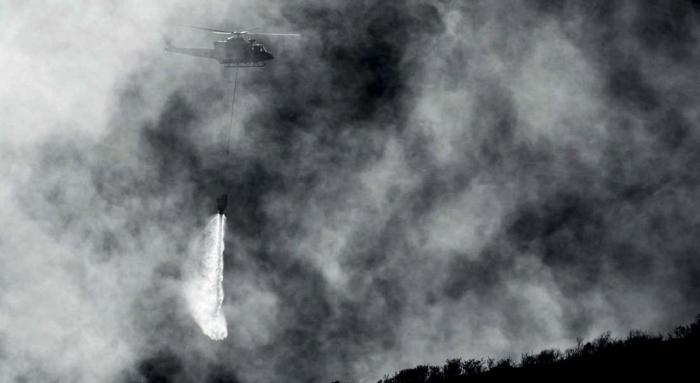 As this dramatic photograph shows, 84 Squadron RAF has assisted the Cypriot government in controlling large wild fires to the northwest of Yermasoyia, Limassol, in July. The squadron’s Griffin HAR.2 helicopters supported other aircraft and ground teams from numerous agencies such as the forestry department, the Cypriot police, and DFRMO Cyprus (Fire and Rescue Service of British Bases in Cyprus). The Griffins are equipped with FLIR/TV and night-vision equipment, enabling them to complete their duties, including fire-fighting, at night. The blaze, which threatened residential areas, was eventually brought under control. Akrotiri-based 84 Squadron, one of just two operational elements remaining in the RAF’s Search and Rescue Force, is the only serving squadron to have never been based in the UK. In addition to its primary duty, the squadron also helps maintain the buffer zone between Cypriot and Turkish forces, as well as regularly employing its crucial firefighting capability.