THE REAL ENEMY is the SEA

The struggle between the convoy escorts and the U-boat wolf packs during the Battle of the Atlantic was captured for the cinema audience. Phil Jarman reviews the memorable war film, ‘The Cruel Sea’ 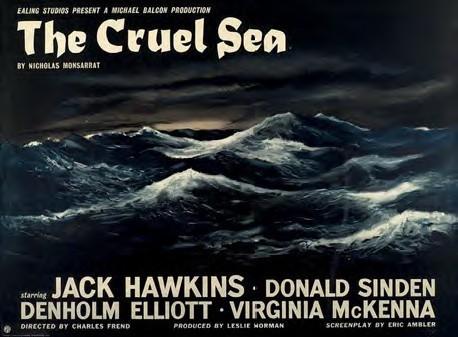 The opening sequence of this iconic post-war depiction of the Battle of the Atlantic, with a narration by the central character played by Jack Hawkins, sets the scene with perfection in this masterpiece of British film making.

Lieutenant Commander George Ericson, played by Hawkins, tells the viewer – ‘The men are the heroes; the heroines are the ships. The only villain is the sea, the cruel sea, that man has made more cruel’.