Mastermind of Dunkirk and D-Day

ALL THROUGH the 1950s and ’60s, bookshelves were inundated with autobiographies from senior British officers, including those for Field Marshal Montgomery and Lieutenant-General Brian Horrocks. 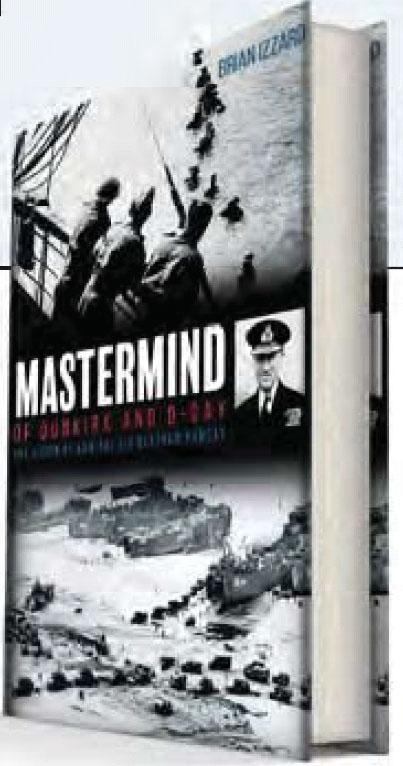 These men were the celebrities of their day and they, like many others, were recounting their careers and experiences of war. However, Admiral Sir Bertram Home Ramsay, killed in an accident in 1945, was unable to pen his memoirs and curiously has not attracted the attention of biographers, either. The 1959 work by Rear-Admiral W Chalmers – Full Cycle – likely remains the last major print effort, until now.

Brian Izzard’s latest title is a welcome one, and also well-timed, coinciding with the 80th anniversary of Operation Dynamo – the evacuation of Anglo-French troops from the coast at Dunkirk. The author seeks to bring the admiral back centre stage, basing his analysis on Ramsay’s private papers. Izzard offers a strong case for Ramsay’s reaffirmed recognition and suggests the admiral – the mastermind of the Dunkirk evacuation and of the 1944 invasion of Normandy – was critical to the progress of those events. Perhaps unlike any other, Ramsay contributed more to proceedings than his elapsed reputation attributes. Ramsay’s wartime career is explored in 32 chapters that chronologically detail the admiral’s efforts – day-by-day where necessary – and assess his legacy. Plucked from the retired list, Ramsay was appointed Commander-in-Chief, Dover in August 1939. He became responsible for protecting movements across and along the Channel and also for the denial of the waterway to the enemy. Based in the cliffs beneath Dover Castle, he and his staff greatly exceeded all expectations in lifting 338,000 British and Allied troops from Dunkirk in the summer of 1940. He subsequently leant his aptitude to Operations Torch and Husky – the respective invasions of North Africa and Sicily. Then, it was back to Britain to oversee planning for Operation Neptune, the huge naval effort to transport and land five divisions in Normandy and then to support, supply and reinforce that force across the following months. Such a feat of organisation – the co-ordination of more than 7,000 naval and support vessels – has likely never been replicated.

Ramsay’s involvement in those operations, Izzard argues, generated successes that few, if any, could replicate. The admiral died on January 2, 1945 on board a Hudson that crashed shortly after take-off, and the ensuing aftermath forms a substantial part of this book. This excellent modern biography is long overdue, superbly written and will hopefully help restore the worthy prominence owed to one of Britain’s greatest naval officers.