Friends Within, Foes Without; Relationships in and Around 21st Army Group

IT WAS Field Marshal Bernard Montgomery’s talent with the written word that contributed significantly to his reputation as, arguably, the greatest wartime leader the British Army has ever known. So explains the author of this unique book which examines the effects of Montgomery’s literary personality on his team, his superiors, the enemy and many others who were involved in his life during the campaign in North West Europe learn during 1944-45. 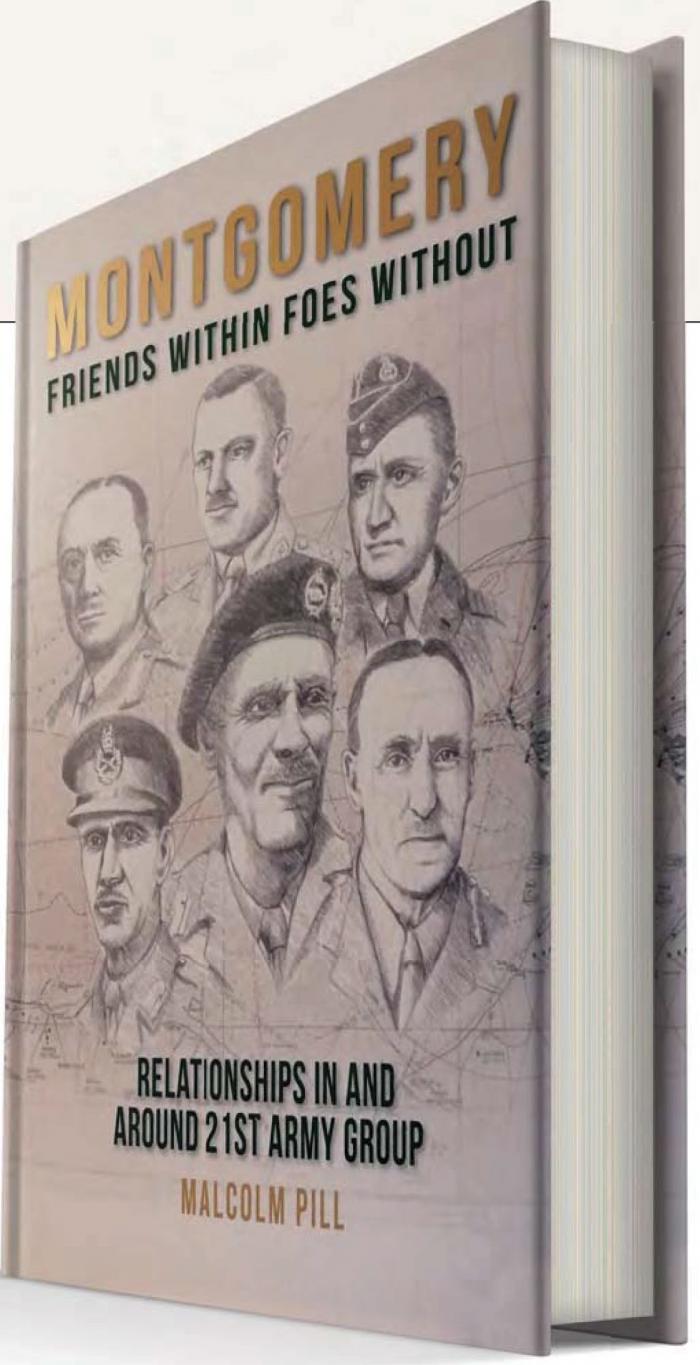 We learn too of the inspiring effect his larger-than-life personality had on the 21st Army Group of British and Canadian men who strove for victory during the later stages of World War Two.

Monty, we discover, was a prolific diarist who wrote hundreds of reports in a bid to keep his team close and communicating at all times. He was clearly a dynamic leader, but was also one who could be difficult – he certainly didn’t suffer fools gladly.

Much detailed research by an author, who has studied the laws of war and behavioural science, confirms Montgomery’s letters were an important way of maintaining the trust of his superiors by keeping them informed and radiating confidence. Why this nobly spirited man who led so many Allied troops to victory during the war wrote so much, indicates he used the written word to not only boost his own morale, but also to put ideas into perspective. It sharpened his outlook, too.

Field Marshal Alan Brooke, Chief of Imperial General Staff and Montgomery’s boss, noted how writing such missives was a “way of letting off steam”. It was Brooke who went on to comment that the forceful Montgomery did have flaws, nonetheless, and one of them was an inability to “assess other people’s feelings as he was always concentrating on his own”.

But while this alleged selfishness was apparent to Brooke, it did successfully knit together a group of men who, although different in many ways, shared the same goal and that was to support their determined general in a common bid to defeat the enemy.

How interesting too to learn of Montgomery’s lively relationship with senior British officers at General Eisenhower’s Supreme Headquarters of the Allied Expeditionary Force (SHAEF): while encouraging closeness and kinship among his own team, Montgomery could be hostile and frosty towards those British officers not under his command. He seemed unable to understand the value of their role in the war effort if he wasn’t directing them.

Indeed, he was a military leader who didn’t like to get bogged down with detail and deplored hearing ‘belly-aching’ (complaining) and despotism from the men. He had a strategy he was confident would be a success – a plan which, for example, more than 380,000 men of the First Canadian Army under his command came to respect and honour during the assault on the west of the Rhine to clear the area of German forces in January 1945.

The list of military commanders Montgomery dealt with and reached out to is as varied as it is long. They include Lord Louis Mountbatten, Lieutenant-General Frederick Morgan, General Sir Bernard Paget, Secretary of State for War Sir Percy Grigg and US General George S Patton.

Author Malcolm Pill considers the scope and depth of these relationships, and how they impacted on the war effort in Western Europe. He also assesses the post-war consequences for those involved; an interesting and rarely thought about perspective. This is a rare book which shows us an often hidden side of the man behind the myth, and makes compelling reading. It’s well produced and edited, with the high quality we’ve come to expect from Unicorn Publishing. A most worthy book of the month, especially in this 75th anniversary of VE-Day issue and as Field Marshal Montgomery played such an important part in that victory in the European theatre.