THE LASHENDEN Air Warfare Museum at Headcorn Aerodrome, Kent, have placed on display their very rare Fieseler Fi 103R-4 Reichenberg. One of just six survivors of the 175 built, the type can be viewed from a viewing enclosure in the new display hall whilst work continues to fit out the building with other displays.

The Fieseler Fi 103R-4 Reichenberg was a development of the wartime German V1 flying bomb, popularly known as the ‘Doodlebug’. The flying bomb was modified to carry a pilot and was intended for use against shipping or heavily-defended ground targets. The piloted Fi 103 missile was developed under the name Reichenberg, and its progenitors were Flugkapitan Hanna Reitsch, and SS-Hauptsturmfuhrer Otto Skorzeny, with Deutsche Forschungsinstitut fur Segelflug (DFS) at Ainring allocated the task of evolving a piloted version of the V1. Such was the urgency placed on the project that, within 14 days of the Reichenberg programme being authorised, training and operational variants had been completed and testing started. A production line for adapting the Fi 103 from pilotless to piloted configuration was set up near Dannenburg.

The operational model was the Reichenberg IV, and its conversion from the standard Fi 103 missile was the essence of simplicity. The Fi 103 fuselage was divided into six sections housing the compass, the 1,874lb warhead, fuel tank, two circular compressed air bottles, autopilot and height and range setting controls and the servo mechanisms controlling the rudder and elevators.

The conversion to Reichenberg IV standards included the insertion of a small cockpit ahead of the propulsive duct. The instrument panel comprised an arming switch, a clock, an airspeed indicator, an altimeter, and a turn and bank indicator, a gyrocompass being carried by a floor mounted bracket which also provided a mounting for a three-phase inverter and a small 24 volt wet battery. Flight controls were of the stick and rudder type, and the pilot was accommodated by a plywood bucket seat with a padded head rest.

The single piece canopy incorporated an armour-glass windscreen, hinged to starboard, and guidelines were provided for calculating diving angles. The cockpit occupied the space taken in the pilotless version by the compress air bottles, the Reichenberg IV provided with only one compressed air bottle - this being housed in the aft compartment normally occupied by the missile’s autopilot. The entire trailing edge of the wing was occupied by the ailerons.

The Reichenberg IV was intended to be carried to the vicinity of its target beneath a He 111 bomber in a similar fashion to a number of the pilotless Fi 103s launched against Britain. Communication between pilot and launching aircraft being maintained via a four channel connector in the top of the fuselage ahead of the cockpit. In theory, the pilot was to jettison the cockpit canopy and bale-out after aiming his aircraft at the target, but it was calculated that his chance of survival was little better than one in a hundred. To release the canopy it was necessary to operate a lever on the port side of the cockpit, the canopy having to swing through an angle of 45 degrees before the forward-hinged connection on the starboard side could be detached, and at the estimated target approach speeds of 490-530mph it is highly improbable that this method of jettisoning the canopy would have proved practical. 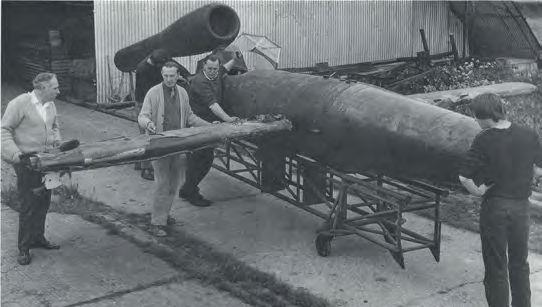 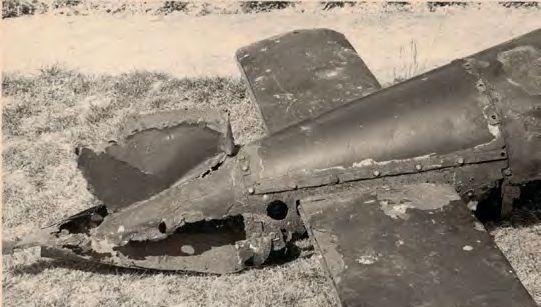 The condition of the tail section and fin of the Fi 103R-4 Reichenberg when recovered by the museum. 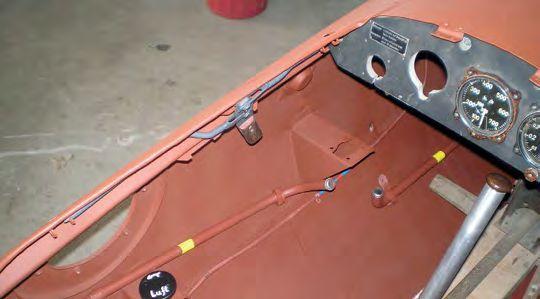 The cockpit showing the control column and instrument panel. 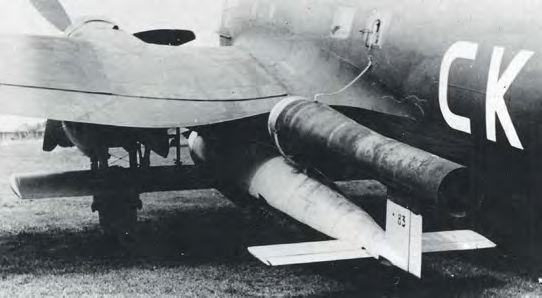 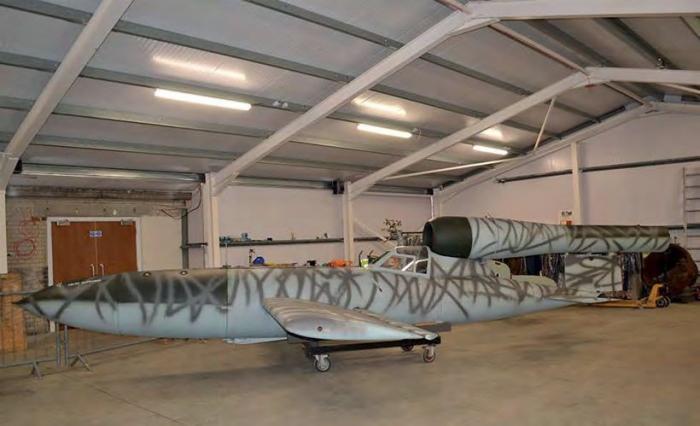 The Reichenberg installed in its new home at the museum. 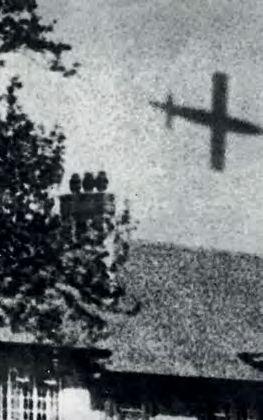 The V1 flying bomb was more familiar in its pilotless weapon form, especially to the population of Southern England.

The Museum’s Fi 103R-4 is believed to have been captured at the Danneburg V1 factory by the 5th Armoured Division, US Army, and was returned to the UK in 1945. It was displayed at the German Aircraft Exhibition at the Royal Aircraft Establishment at Farnborough from 29 October to 9 November 1945 and was fitted with a standard Fi103 nose cone as there was no nose cone with the Fi 103R-4 when it was captured.

When the Lashenden Air Warfare Museum opened in 1970, its members visited Fort Clarence to acquire some bombs for display, and upon asking what was going to be done with the V1, the museum volunteers were told that it was going to be scrapped as it was falling apart. Taking this opportunity, the museum asked if they could have it and TA unit readily agreed – the museum thus saving the TA unit the trouble of scrapping it.

On investigating what was thought to be a basic V1 it was found that it was not a V1 but a very rare Reichenberg and the museum carried out a basic cosmetic operation to buy time and stop further deterioration of the aircraft.

The Fi 103R-4 moved to Geisenhausen near Munich in November 2007, where the restoration was carried out by Alexander Kuncze and his team at Auktionshaus fur Historic Technik, the only restoration shop specialising in restoring the V1 and its derivatives anywhere in the world. Works to be carried out included replacing the nose cone, as the one fitted was not original. Some of the skinning on the rear fuselage needed replacing and the wing main spar was replaced as the one with the museum’s example was not original. The wings were re-covered in the correct grade of plywood and the cockpit fully fitted out with original working period instruments, electrical fittings etc. and the Fi 103R-4 finished as it was when displayed at Farnborough in 1945.

The Fieseler Fi 103R-4 Reichenberg has been registered as BAPC 91 on the register of aircraft by the British Aviation Preservation Council and is also listed as a “Benchmark” aircraft in the National Historic Aircraft Register as being of World, National and Technical significance.

The now fully restored Fi 103R-4 Reichenberg V1 may be viewed at the Lashenden Air War Museum, near Headcorn, Kent.