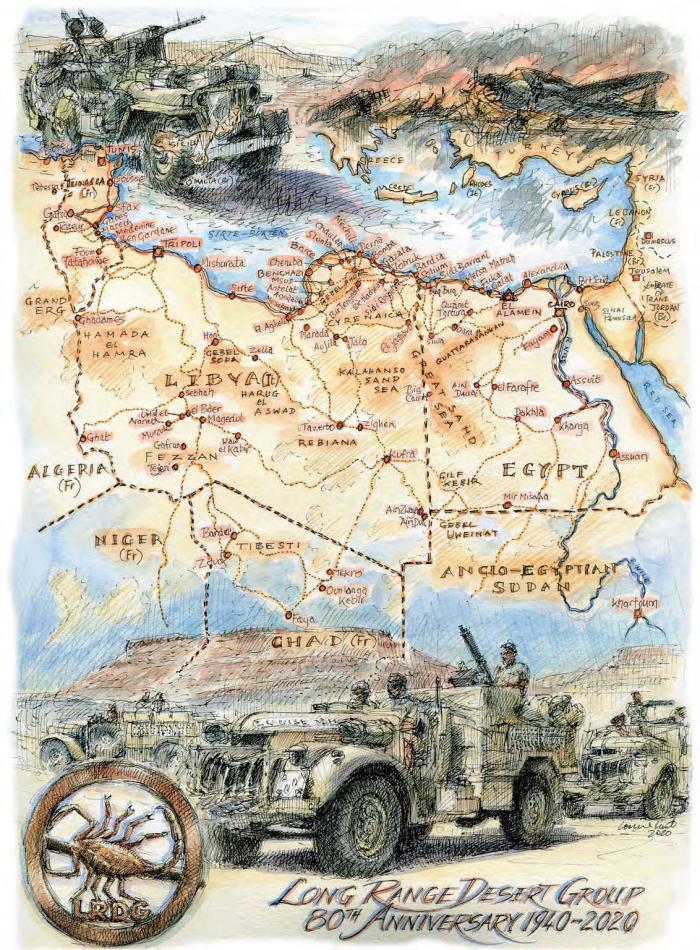 Formed in 1940 by Major Ralph A Bagnold, the Long Range Desert Group carried out reconnaissance and raids deep behind enemy lines during World War Two. A limited edition A4 or A3 copy of this map can be ordered from artist Louise Limb at louiselimb@aol.com
LOUISE LIMB

Former Long Range Desert Group (LRDG) member Jack Mann, 94, is one of the last survivors of the daring reconnaissance and raiding unit that operated behind enemy lines in the deserts of North Africa during World War Two.