By words and pictures Craig Moore 10th May 2021
Features 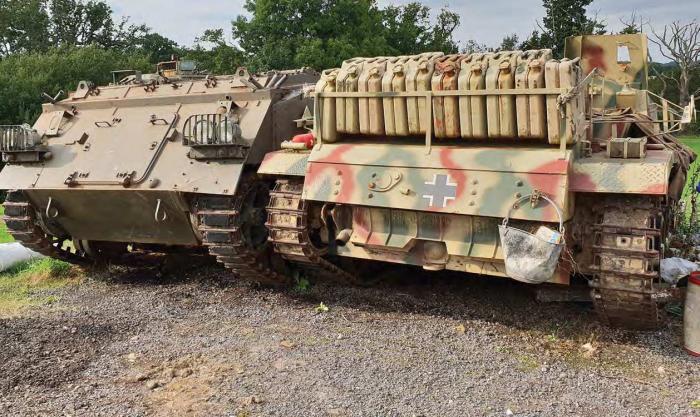 On the left is the front view of a Cold War British Army FV432 armoured personnel carrier. On the right is the rear view of one of the first replica Stug IIIs built by Harold Mariller using a cut-down FV432 hull complete with mandatory bucket

Harold Mariller’s interest in the military vehicle hobby really took off after moving to the UK from South Africa in 1986. He became a regular attendee at military vehicle events and was fascinated when he saw a replica Tiger tank and show put on by a re-enactment group called Tiger One.

“I was totally taken aback,” he explained. “I had never seen World War Two battle re-enactments before, and my interest grew from there. They had a replica Sd Kfz 251 armoured car and Jon Philips’ first replica StuG III based on a British Army Cold War FV432 armoured personnel carrier hull. I found it fascinating.”