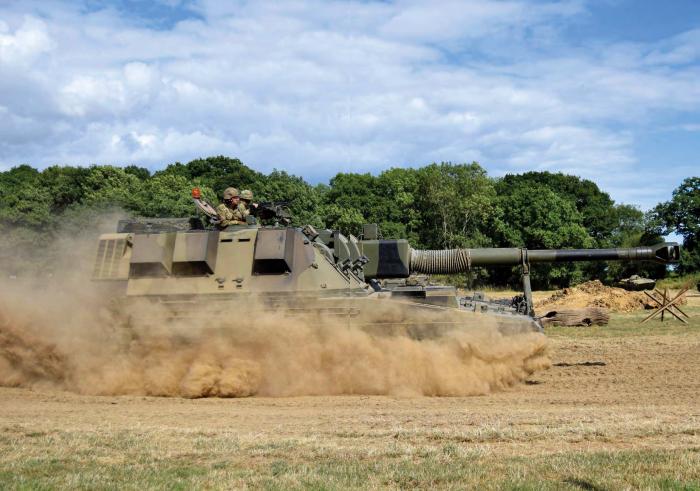 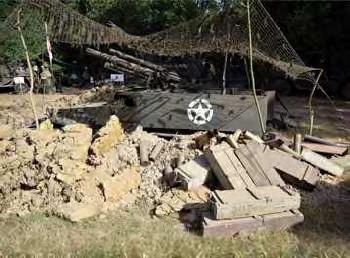 A T19 Howitzer Motor Carriage had a 105 mm gun mounted on the back. It was placed in a sunken halftrack ditch under camouflage netting

The central field was the venue for the large arena, trade stalls, food court, music stage, small fun fair and some of the larger armoured vehicles. To the east were the living history field and woods where the military reenactors set up camp. Behind the arena was the tank ride field.