More than 4,500 people flooded in to The Tank Museum for Tiger Day, which was dedicated to Tiger 131, the only running Tiger 1 in the world. Tiger 131 runs only twice a year, at Tiger Day at the end of April and again on Tiger Day in September, and always attracts huge crowds when it does.

Visitors were treated to a day of talks and tours on the subject of Tiger and its World War Two contemporaries, as well as an opportunity to see rare objects from the museum archives relating to the capture of the German tank.

The highlight of the day was the chance to see Tiger 131 take to the arena alongside its Fury co-star, the Sherman tank and other contemporaries like the British Matilda I and Comet. Tiger 131 will run again at Tiger Day VIII, 16 September. Tickets are still available but be quick because tickets for April’s events sold out before the day 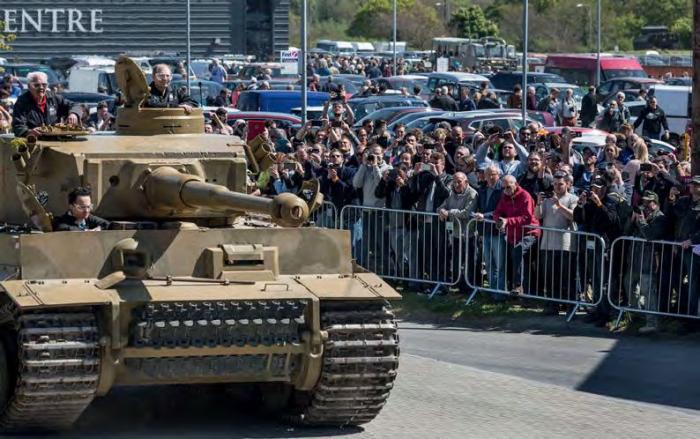