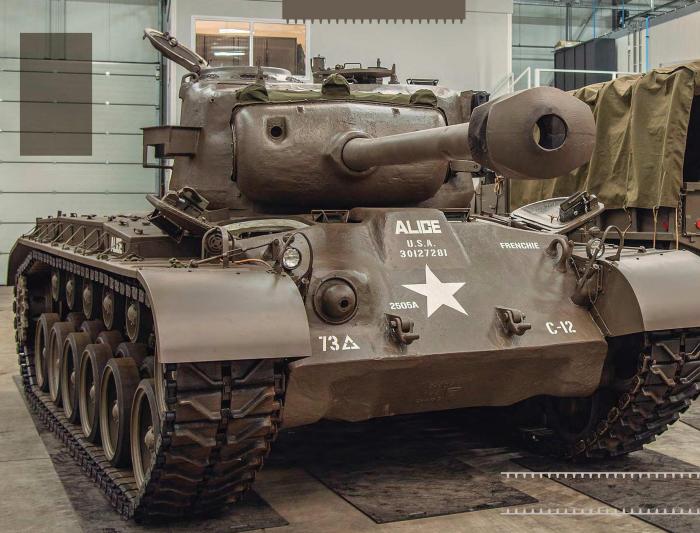 Korean War veteran ‘Alice’, an M-26 Pershing, was restored from a rusting hulk to this in just seven months 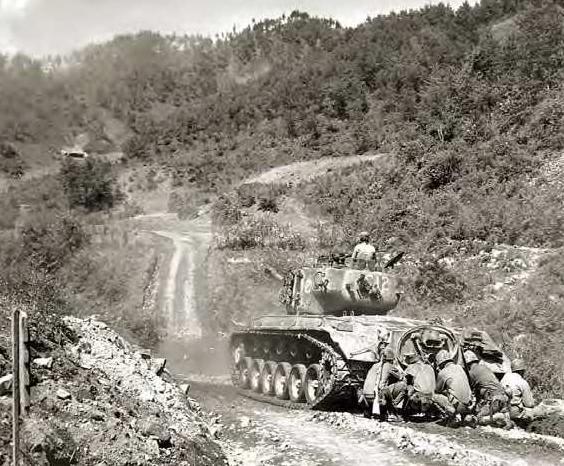 While the restoration process was underway, Ivo Rigter (Jnr) managed to find pictures showing Alice on deployment during the Korean War
CARL MYDANS

The M-26 Pershing descended from a series of medium and heavy tank prototypes dating back to 1936. During World War Two, heavy tank development was delayed or given low priority since the US Army, USMC and Allied forces required a mass-built, good all-around medium tank, which took the shape of the M4 Sherman.

By 1944, the army’s high command was aware of the limitations of the M4 when facing German tanks and by mid-1944, both the British and US had upgraded the Sherman’s armour and guns and developed tank hunters instead of massproducing a new tank. However, by the autumn of 1944, these ‘stopgap’ measures proved insufficient, and the innovative M-26 Pershing was eventually pushed forward for production, parallel to the A34 Comet on the British side, as a serious competitor for the upgraded German Panzer IVs, Panthers and Tigers.