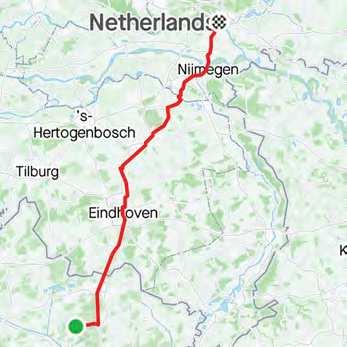 Bart’s initiative and an associated website he created titled Cycling Hell’s Highway were born out of an early love for cycling. “I love the sense of freedom it gives,” he said. “Ever since I was 14 years old, I would wander off on my bike for hours on end in search of adventure and to discover new things.”

One day while cycling, Bart recounted how he stumbled across weathered graffiti on the walls of a house, but it was not in Dutch.