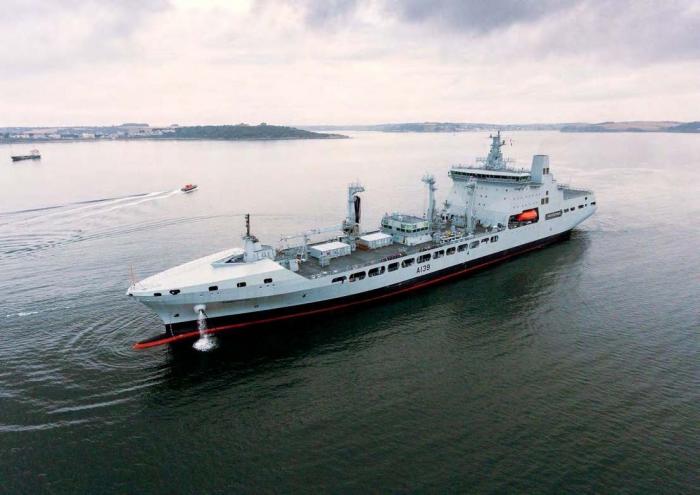 The Royal Fleet Auxiliary’s (RFA) newest replenishment tanker, the fourth and final of the Tide-class vessels, arrived in Falmouth on 15 August ready for her final fit and the commissioning process. The RFA Tideforce entered the A&P Group Falmouth shipyard, where she – and her three sisters before her – will be fitted out to suit her requirements. The 39,000-tonne 660ft-long (201m) tanker will deliver fuel and water to Royal Navy vessels on operations across the world. The new tanker was ordered in 2012 and given her official name in January this year. The work in Falmouth is likely to include installing military equipment, such as her two Phalanx Close-In Weapon Systems, and two 30mm autocannon. Tideforce will be able to operate a helicopter such as the Wildcat or Merlin and has full hangar facilities for these types. Her flight deck is large enough to support the Chinook. The final customisation process has sustained 300 jobs in the local area. Tideforce is due to enter service in next year.