EXCLUSIVELY TO MELODY FOREMAN ABOUT HIS IMPORTANT ROLE IN THE BERLIN AIRLIFT. 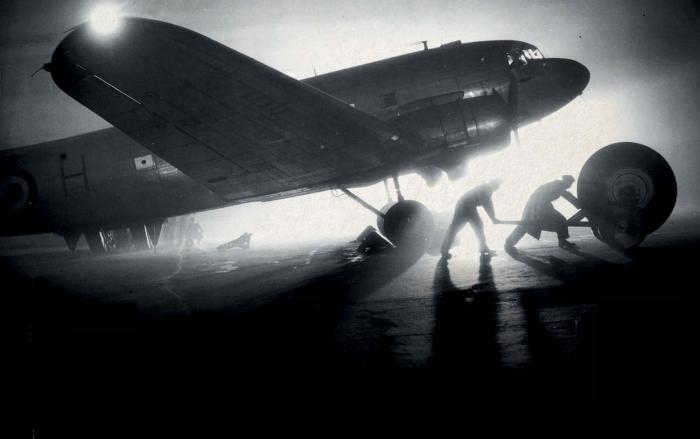 Loading a Dakota with wheels for the Avro York, part of ‘Plumber Flight’, the operation to provide spares for aircraft in Berlin flying the airlift routes.
(KEY COLLECTION) 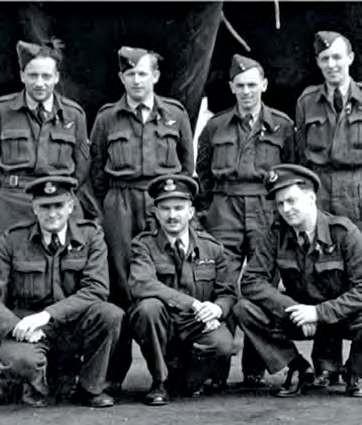 Gerry Abrahams and his squadron pals in the Second World War.
(VIA AUTHOR)

On 24 November 1948 a news report from Berlin stated that the weather was clear and cold. “The coldest day of the winter thus far,” revealed American CBS journalist Bill Downs, who went on to point out the Russians had posted warnings of increased air traffic. Downs continued: “The British have chartered a number of private companies to fly the airlift and supplement the RAF deliveries over the blockade. A number of lesserknown aircraft fly alongside our C-54s into Gatow Airport – a situation which has produced an amusing story. One of these British aircraft is called the ‘Wayfarer’. The other day a British pilot was bringing his ship in and calling Gatow tower saying, ‘Wayfarer coming in for a landing’. An American pilot also preparing to land misunderstood the British accent and broke in with his radio to exclaim, ‘Is the Mayflower here too? You British really have thrown everything into this show!’.”