RISEN from the Ashes

The restoration of a World War Two Nashorn ‘tank hunter’ was almost scuppered when the vehicle was severely damaged in a fire. But thanks to friends around the world who chipped in to help, the team got the project back on track 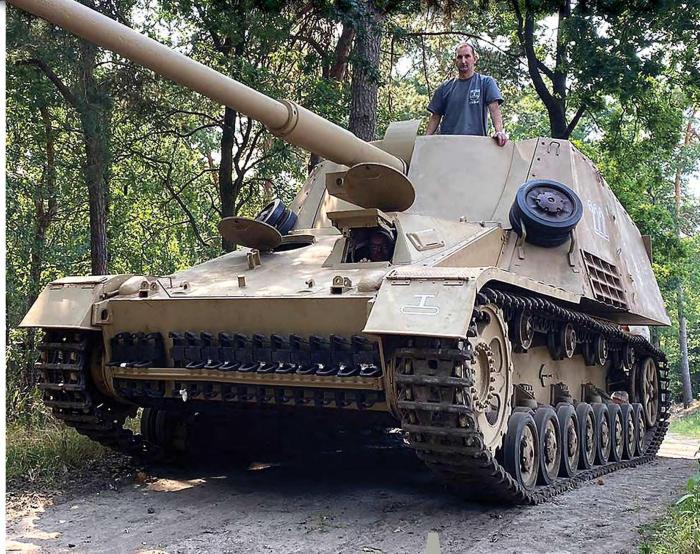 The Nashorn drew a lot of interest from visitors to the Overloon War Museum. Here it is being driven around a woodland track

During the invasion of France in 1940 and the Soviet Union in 1941, the German Army encountered heavily armoured enemy tanks that were difficult to knock out. The Panzer III and IV turrets were not large enough to mount the effective high-velocity 8.8cm gun and the Germans needed a quick and cheap stop-gap solution while waiting for the Tiger and Panther tanks to be produced in adequate numbers. Among the many solutions was the Nashorn, a powerful tank destroyer that gained a fearsome reputation.